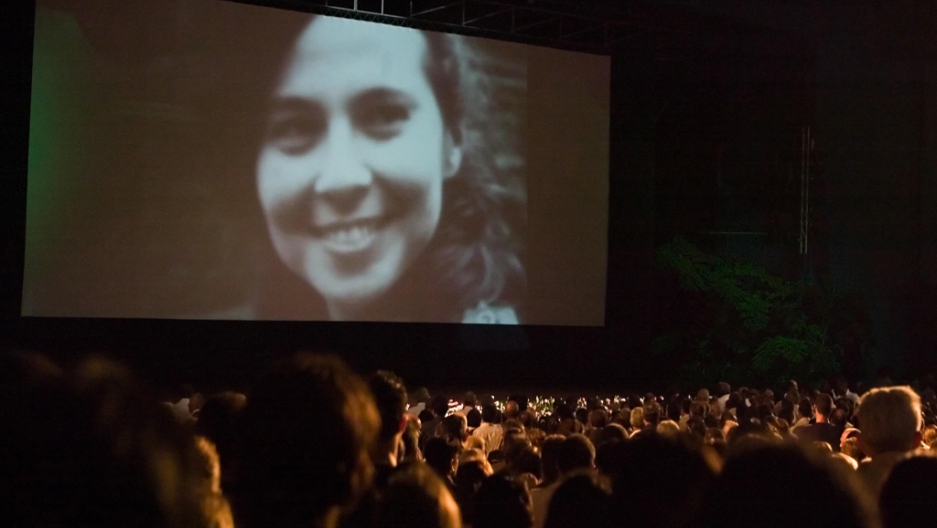 HAVANA, Cuba — Despite the long lines and sweltering cinemas, Cubans have been jamming theaters here for several weeks to see “Habanastation,” the new film that takes on a taboo-but-timely subject: growing inequality in Cuba's socialist system.

The film by director Ian Padron tells the story of two boys — one rich, one poor — whose neighborhoods and lifestyles starkly display the diverging wealth gap on the island, at a time when communist authorities are introducing market-based reforms that allow for more private businesses and property sales. The changes are likely to exacerbate the rarely-acknowledged class differences that Fidel Castro's 1959 Cuban Revolution supposedly eliminated.

GlobalPost in Cuba: For macho island, a shift on civil unions

Habanastation is Padron's first full-length feature, and a classic example of Cuban cinema in the style pioneered by the late movie-making icon Tomas Gutierrez Alea (Death of a Bureaucrat, Strawberry and Chocolate). It wins over audiences and pushes boundaries by mocking the shortcomings and empty sloganeering of the state, while ultimately affirming the socialist values of Castro's Revolution.

That formula has been a filmmaking model on the island for the past half-century, since serious Cuban directors all face essentially the same artistic squeeze. While the government owns all the movie screens, the movie-going public doesn’t like films that soft-pedal Cuban reality or sermonize in the way that Cuban state television does. The movies are supposed to be the place to escape from that.

In the opening scenes, we meet Mayito (Ernesto Escalona), a cheerful yet sheltered boy, the son of a successful jazz musician. Mayito has creature comforts unimaginable to most Cuban kids his age: a flat-screen TV, a Sony Playstation 3 (from which the film derives its name) and a doting mother who drives him to school each morning in a brand-new SUV.

It’s the kind of lifestyle that wouldn’t look out of place in an American suburb, but in the rundown, sweaty Cuban cinemas where the film has been screening to packed crowds, those scenes induce gasps and groans. Padron drives home the message with theme music that seems lifted from a 1980s American sitcom, juxtaposing Mayito’s privileged lifestyle with hollow government newscasts extolling Cuban socialism and summoning the masses to the annual May Day rally.

More from GlobalPost: Smoking rates, lighting up in Latin America

Obsessed with his shiny new video game console, Mayito puts the Playstation in his backpack and heads off to join the workers’ march with his classmates. But when he gets lost on the way home and wanders into a tough neighborhood, it’s his scrappy, sullen classmate Carlos (Andy Fornaris) who rescues him. Carlos has never seen a Playstation, but he’s got more than a few things to teach Mayito about life — and about being Cuban.

Carlos’s neighborhood is poor and tough, the kind of slum that never appears on Cuba’s perpetually sunny propaganda-driven television news. Instead, the neighborhood looks more like a Brazilian favela, with street gangs, drunks and uncollected garbage everywhere. Carlos lives with his grandmother in a run-down home; his mother is dead, his father in prison for killing a man in a knife fight.

Mayito is intimidated, but soon learns that many of the roguish characters in Carlos’s neighborhood — and especially Carlos himself — are ultimately noble and kind. For Padron, like other filmmakers before him, they represent the communal values and help-thy-neighbor solidarity that are the basis of Cuba’s socialist ideals, now under threat from the country’s growing wealth gap.

Had Padron made Mayito the privileged son of an elite government official or a businessman working for a state company, the politics of the film would have been edgier and even more attuned to the island’s changes. But it’s not a major imaginative leap for Cuban audiences to make. They know it’s not only star jazz musicians who live far more comfortably than most in a country where the average salary is about $20 a month.

Fornaris and Escalona, the actors who play the two boys, are both members of the acclaimed La Colmenita (The Beehive) children’s theater company, which also produced the film, the first foray for the company into movie production, according to Cuban press coverage. It’s being screened at 300 theaters across the island, where on any given year, the number of major Cuban films released can usually be counted on one hand.

In interviews, Padron has acknowledged the Mayito character is inspired by his own upbringing, as he is the son of legendary Cuban animator Juan Padron, the creator of Elpidio Valdes, Cuba’s most famous homegrown cartoon character.

Padron presented the film July 28 at its U.S. debut in the Traverse City International Film Festival in Michigan, co-founded by Michael Moore. Given the film’s reception so far, wider U.S. distribution appears likely.