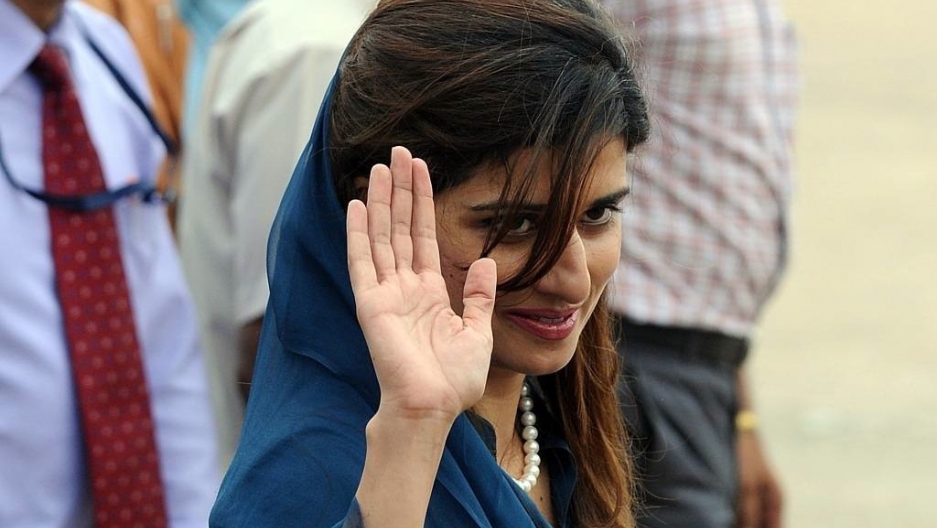 ISLAMABAD, Pakistan — Some of her colleagues refer to her as “the girl,” an Indian newspaper declared that she was “Pakistan’s best face,” and many men in the streets of Pakistan call her “cute” before anything else.

Pakistan is at major diplomatic odds with several key foreign partners. Although Pakistan and Afghanistan use brotherly terms to describe their engagement, they also accuse each other of supporting and staging cross-border attacks. Pakistan’s relations with the United States, of course, have been deeply soured by U.S. drone strikes in Pakistan’s tribal regions and the raid by American Navy SEALS that killed Osama bin Laden in March. And Pakistan’s relations with India, with whom it has fought three wars, are marred by mutual distrust.

Such thorny issues have left many Pakistanis asking whether Khar — the first female and youngest foreign minister in the country’s history — has the chops to get these relationships back on track.

It was her father that launched Khar into politics.

Ghulam Noor Rabbani Khar, a rich landlord who owns an estate with mangos groves, sugar cane fields and fisheries in Pakistan’s Punjab province, had been elected to the national parliament twice in 1990 and 1997. But a new law passed in 2002 required parliamentary candidates to have a college degree.

So he approached his daughter, never mind that her degree was from the University of Massachusetts Amherst and was in hospitality management.

Khar won, without her female face ever being shown on the election posters and her father spearheading door-to-door campaigning efforts in what is known as a very conservative area.

Her family, like many others now in power in Pakistan, has a decades-old history in politics. Her uncle Ghulam Mustafa Khar was the governor of Punjab and other uncles contested elections before as well.

Khar showed no inclination for politics in her earlier life. After studying hospitality management in the United States, she opened two upscale restaurants called the Polo Lounge in Lahore and Islamabad. But most likely due to her family’s contacts, since she was inexperienced at the time, says analyst Hassan Askari Rizvi, she quickly rose to become state minister for economic affairs.

The post required her to deal with international grants and loans. Senior diplomats in Islamabad who negotiated with Khar said she took a tough stance.

More from GlobalPost: Is Pakistan's nukes vulnerable to terrorism?

“She was always well prepared, better than others before her and knew figures by heart. But she took a very hard-line position,” said one senior diplomat, who refused to be named, referring to her demands for non-conditional aid.

And she didn’t beat around the bush, another diplomat said. “She went straight to the point. She didn’t engage in small talk and meetings took no more than 20 minutes.”

Her experience in financial governance was one of the reasons Yousuf Raza Gilani, Pakistan’s prime minister, appointed Khar as foreign minister after her predecessor Shah Mehmood Qureshi, a long time rival of Gilani, was removed in a cabinet reshuffle in February. Qureshi implied, but never directly admitted, that he was removed because he didn’t want to give diplomatic immunity to CIA agent Raymond Davis who allegedly killed two Pakistanis and was released after paying blood money to the victim’s families.

“Today’s diplomacy is based on trade and economy and she has been dealing with economic affairs division and finance. She is very efficient in the parliament and she is making all the questions and answers very promptly and efficiently and she is the soft face of the country,” Gilani said last week, while promoting his country’s mango exports at an upscale hotel in Islamabad.

Some analysts and commentators, like Rashid Rehman, editor of the Pakistani national newspaper Daily Times, are still on the fence on Khar’s appointment.

“Right now she is new in the job, she has been thrown into a very big challenge. I am not sure she is fully equipped for it yet. That doesn’t mean she can’t rise to the challenge,” he said.

Khar’s first trip to India as a foreign minister last week was received well in Pakistan, though there were no major breakthroughs. Khar told a press conference that the aim was to set the tone for an “uninterrupted and uninterruptable” dialogue.

All issues are now on the table again after India suspended peace talks with Pakistan in 2008 when terrorist attacks killed 166 people in Mumbai. India blamed the attacks on Pakistan-based militants.

GlobalPost in Peshawar: Flood of US weapons fueling Pakistan's militants

Questions remain about Khar’s real influence in the foreign office, and whether or not she can stand up to the country’s powerful military.

“Does she have the strength and the power to take on especially the military establishment, which is very important in our foreign policy making particularly vis-à-vis India,” Rehman asked.

Pakistan's army still regards neighboring India, with whom it fought three wars and lost, as its biggest threat.

“One of the challenges will always be, for any foreign minister even if it were someone older and more experienced, that you don’t go against the paradigm set by the military. After all, when the government is taking no risks as a whole on this, how can a foreign minister do otherwise,” Rehman said.

An interview request with Khar herself is pending.

Time will tell what Khar will bring to Pakistan's foreign policy, said Mehmood Ali Durrani, a retired major general and former ambassador to the United States. “It is premature to say that Hina Rabbani Khar has come and all will become nice hunky-dory beautiful or she is totally raw and nothing is going to happen.”