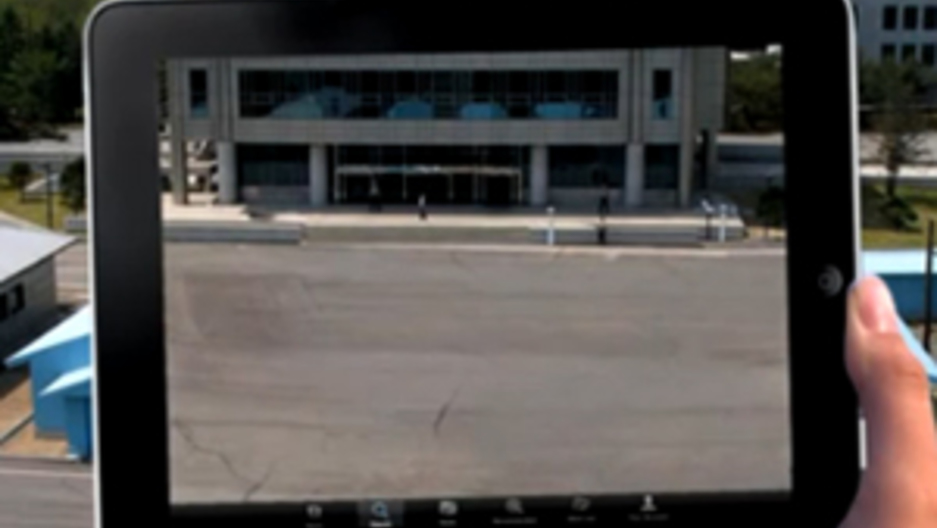 Story by PRI's The World. Listen to audio above for full report.

The Augmented Reality Korean Unification Project begins this month. The creator of the project, New York-based artist Mark Skwarek, describes the finished project as, "a looking glass." It allows users to view an alternate reality, without a border between North and South Korea.

The app removes the guards, barriers and weapons currently occupying the Demilitarized Zone, and replaces them with 3D foliage.

Skwarek's goal is to allow the Korean people to look at the divide, as if the conflict was no longer taking place. "We're not actually healing the border… [we are] keeping the fire alive, keeping the hope alive, that something like this could happen soon,” he said.

The app works on Apple and Android mobile devices.

View a demonstration of the app: