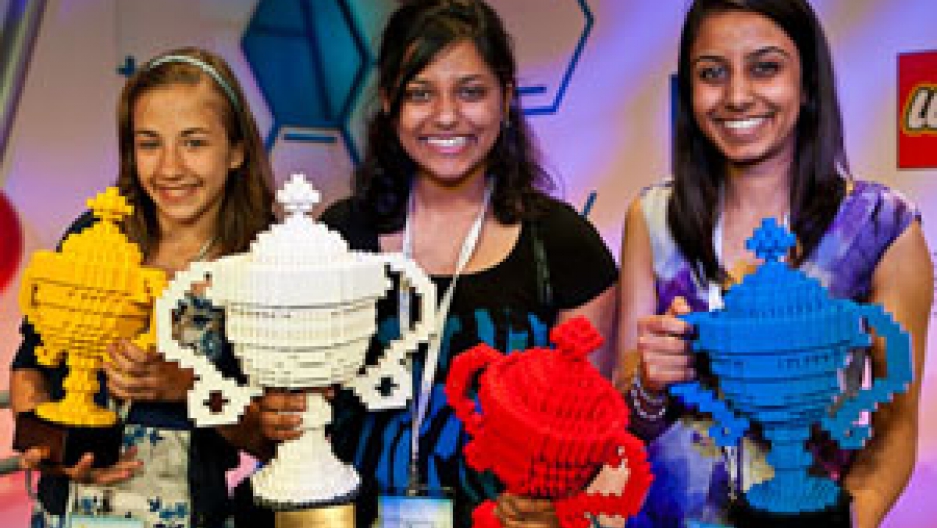 Last month, three girls swept Google's inaugural science fair, taking first place in each age category and overall champion. Shree Bose, a 17-year-old Texas high school student, took home the grand prize for her research in ovarian cancer not only at Google's competition, but also at an international science fair in Slovakia. Bose became serious about science as a career when her grandfather passed awayfrom cancer two years ago.

"At that point I knew I was interested in biology and I wanted to do research, but I didn't know in what," Bose said. "So I started emailing professors in my area and asking if I could work under their supervision in their lab."

After numerous rejections, only one professor accepted Bose.

"The one who actually accepted me was a woman herself," Bose said. "She understood what I was trying to do and I was lucky to find her."

Experts believe the Google Science Fair's outcome is a good omen for the future of women in STEM fields. Joanne Kamens, a molecular biologist and founder of a mentoring program through the Association of Women in Science Massachusetts chapter, says that Bose's performance shows that younger girls are being encouraged by there families and schools to pursue science, but unfortunately this is not the case at every stage of development.

"There are a lot of discouraging factors, social factors, that are working at the same time to counteract that shift," Kamens said.

In most STEM fields, women make up about 50 percent of students pursuing an undergraduate degree -- especially in biology, chemistry and ocean sciences.

"There's a solid number of women who are finishing those degrees. A lot of the drop out happens after that," Kamens said.

Kamens points out that the common perception of who is a scientist often conjures up an image of an older white male in the lab coat rather than a woman. In academia, only about 20 percent of biology faculty are women and about 30 percent of medical school associate professors are women. In STEM fields, women are also less likely to get good funding, higher salaries, better lab space, and prominent placement when writing papers.

Despite the numbers, Bose is not discouraged.

"I feel like those stats are a part of the past almost," Bose said. "I intend to show other girls how cool science can be and how many opportunities science can afford you."

To counteract the negativity, Kamens says that mentors are invaluable for ambitious girls interested in science. She says it's key that parents, teachers and any other mentor figure help these girls achieve their goals.

"My issue is making sure the girls that have the propensity for [science] are given the opportunity to express that," Kamens said.