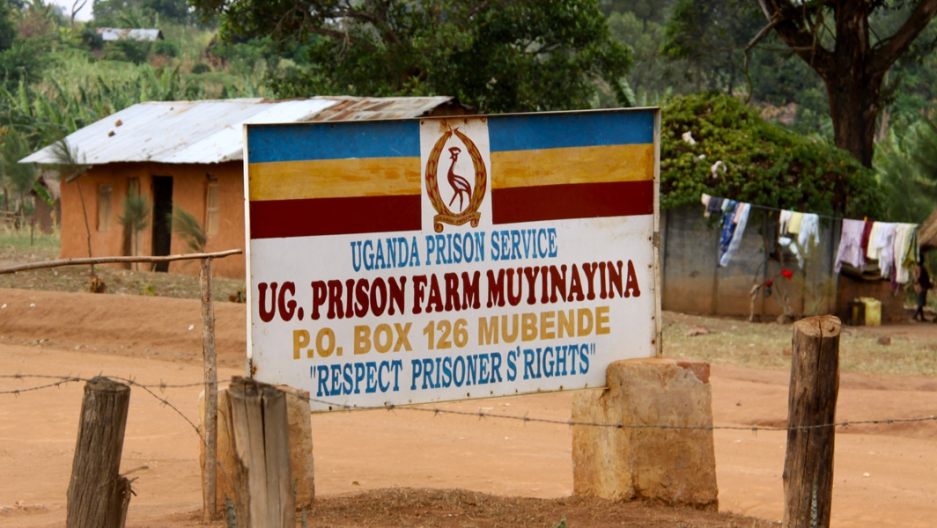 This is a guest blog by Katherine Todrys, a researcher in the health and human rights division at Human Rights Watch. She is one of the authors of a new report on health in Ugandan prisons.  Human Rights Watch is an independent organization dedicated to defending and protecting human rights.

I met Hellene in a Ugandan prison. She was 16 years old and living in rural Uganda when she was raped, leaving her pregnant and HIV-positive. Hellene told me that her rapists also kidnapped a child in her care, and she was arrested soon after.

When I spoke with her, Hellene had been in prison for six months and did not even know the charges against her. She had received no treatment following her rape, and no antiretroviral therapy; nor did she know that treatment to prevent the spread of HIV to her baby even existed. She was forced to do backbreaking labor in the prison fields, and beaten in the stomach when she worked too slowly.

Uganda has sometimes been considered a success story in fighting HIV and has been a darling of international donors.

The U.S. has poured over $1 billion into the country for AIDS programs. But throughout Uganda there are people like Hellene (not her real name) who are passed over, denied treatment, or simply invisible to the country’s HIV prevention and treatment programs. Groups such as gay men, migrants, drug users, sex workers, and people with disabilities, as well as prisoners, are commonly left out.

When President George W. Bush founded the President’s Emergency Plan for AIDS Relief (PEPFAR) in 2003, it was an enormous step forward in funding for the global AIDS response. However, PEPFAR was far from perfect. Under President Bush, ideology sometimes trumped public health, compromising the effectiveness of PEPFAR’s billions. Effective approaches were undermined by earmarked funding for abstinence-only education in countries including Uganda; prohibitions on funding for needle exchange programs; and prohibitions on purchasing less-expensive generic medications. Ugandan laws criminalizing homosexual sex, condom bonfires, and virginity parades discouraged people needing information or treatment from seeking it.

With the Obama administration, more pragmatic approaches have prevailed, but funding has stalled, and for many of those who need these programs the most, little has changed.

Take prisoners. Estimates of HIV prevalence in sub-Saharan African prisons range from twice as high to 50 times as high as the rates outside prison walls. But turnover among prisoners is significant, and visitors and officers come and go, linking communities to prisons. Drug resistance created in prison can easily spread outside.

Over the past several months, I visited 16 prisons in Uganda as part of a prison health monitoring project for Human Rights Watch; overall we interviewed 164 prisoners. We found conditions ripe for the spread of both tuberculosis and HIV. Prisoners told us they were packed together in cells with tiny air vents, in some places day and night, while other prisoners coughed violently. Sometimes sex is traded for food, but condoms are prohibited. Testing and treatment for both diseases remain grossly inadequate. The country’s 223 prisons have only one prison medical facility accredited to provide comprehensive HIV and TB treatment.
Of the $280 million PEPFAR gives to Uganda each year, only $320,000 goes to programs for HIV for prisoners. That’s about one-tenth of one percent. Other donors provide less.

Worldwide, funding for HIV programs decreased last year, and UNAIDS estimates that there is a $6 billion annual gap between what is needed and what donors are prepared to provide. Until more funding is available, demanding more funds to address HIV in prisons risks robbing Peter to pay Paul.
But there is a better approach: fund human rights-based approaches, which emphasize government accountability and evidence-based programs—that is, programs that have been shown to work. Pressuring the Ugandan government to end abusive practices that increase HIV transmission, for example, costs very little compared with treating HIV after infection has occurred.

Our research in Ugandan prisons found a number of such abusive practices: A massive backlog in the criminal justice system exacerbates prison overcrowding and the spread of disease. Over half the prison population are people awaiting trial, and sometimes they wait for years. Criminalizing same-sex sexual activity means that people in all-male prisons can’t get condoms to protect themselves. HIV-positive prisoners are sometimes transferred away from the one prison providing antiretroviral treatment, and a forced labor system exacerbates their illness.

We now have the scientific knowledge to bring about a dramatic drop in HIV cases worldwide. More money is needed to expand treatment to save lives and prevent new cases, but new approaches are needed too, to make sure that the next phase of the global HIV response includes everyone.

As a doctor at the prison medical authority in Uganda told me: “It would be unfair on my part to really stand up and complain we can’t improve the situation because there are no resources. There are many things we can do without resources.”

The U.S. government continues to lead the world in its financial contributions to the global HIV epidemic. Pressing for a rights-based response is not only effective, it is also cost-effective.