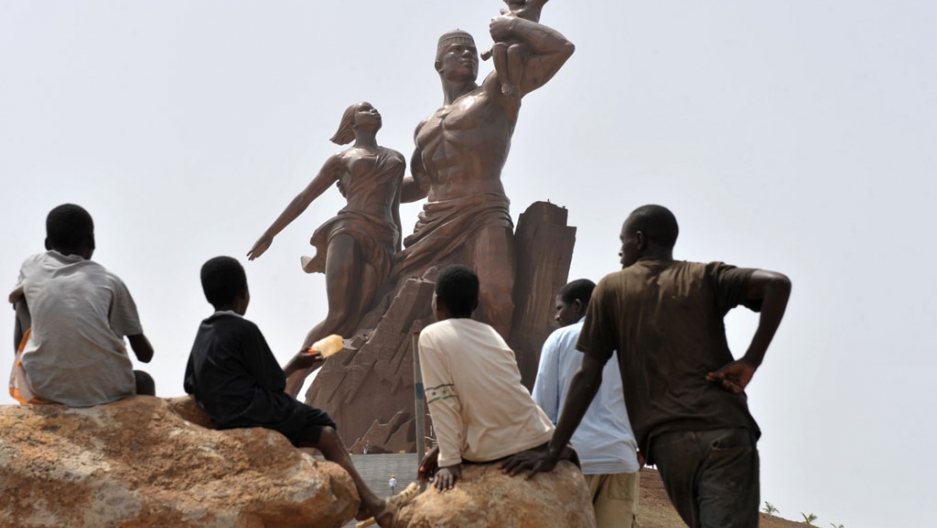 SIEM REAP, Cambodia — Of all the North Korean work units toiling under Kim Jong Il’s regime, Mansudae should be among the least likely to ply its trade overseas.

The estimated 4,000-person unit produces artwork, much of it deifying the Kim dynasty through paintings, statues and monuments. While such propaganda keeps North Koreans under the so-called Dear Leader’s spell, there is virtually no global market for images glorifying dictators with bouffants.

But in recent years, a propaganda unit subsidiary — Mansudae Overseas Projects — has become one of Kim’s emerging foreign earners. Building North Korea-style monuments for other cash-strapped countries has become a cash lifeline worth an estimated $160 million in the last decade.

Their latest project has led the North Koreans to Cambodia, where developers and state tourism funds are rapidly commercializing the Angkor Wat temple ruins.

Said to be the world’s largest pre-industrial city, the 12th-century Angkor Wat complex is the pride of Cambodia, Southeast Asia’s answer to Egypt’s pyramids or Peru’s Machu Picchu. The ruins prove that long before the modern onset of civil war and poverty, their civilization was once capable of greatness. Tourists know the temples as a backdrop to Angelina Jolie’s “Tomb Raider” film.

On a muddy work site just meters from the North Koreans’ construction grounds, Cambodian workers described their neighbors as distant. “The North Koreans? I heard they’re building a digital museum,” said Cheavy, an engineer. “But we don’t really know. They do everything behind that metal wall. They never come out.”

A wall of royal blue sheet metal obscures the North Koreans’ operation from public view. When I approached the entrance, a man in a fedora and a tank top rushed over to slam the gate shut. A furtive look inside revealed fewer than a dozen scrawny workers and a scrub grass field still void of much construction.

Though local reports vary, North Korea will be paid between $10 and $17 million for some sort of monument or museum near the temples. The head of Cambodia’s culture ministry, Khem Sarith, confirmed construction of an “e-museum” but could not confirm the cost.

Nor could he explain why a country that offers its citizens scant electricity should win an “electronic museum” contract, especially after its monuments abroad have drawn both condemnation and ridicule.

Consider the “African Renaissance” monument in Senegal. Taller than the Statue of Liberty, it is deemed a “monument to black people all over the world” by former Nigerian strongman ruler Olusegun Obasanjo.

But the centerpiece statue — of a man, woman and baby ascending a mountain — is rendered in the signature Stalinist North Korean style. The couple is reminiscent of Soviet-depicted Bolshevik revolutionaries, only with African heads.

A North Korean from Mansudae sits by a gate concealing an under-construction museum near the Angkor Wat ruins in   Siem Reap, Cambodia. (Patrick Winn/GlobalPost)

In fact, in the original mock ups, North Korean designers hadn’t bothered to change the statue’s features from Asian to African, Senegalese President Abdoulaye Wade told the Wall Street Journal. They were altered only after his complaints. The president was later criticized for paying the U.N.-sanctioned foreign regime $27.7 million for the statue while unemployment in his own country neared 50 percent.

In total, Mansudae Overseas has earned at least $160 million in African construction projects since 2000, according to the Daily NK, an outlet specializing in information from North Korea. All Mansudae projects on the continent are acquired through a secret bidding process.

Other statues include Namibia’s “Heroes’ Acre,” a marble obelisk and statue of afreedom fighter in crisp uniform clutching an AK-47. In Zimbabwe, locals complained that a North Korean-made bronze statue of a beloved revolutionary hardly resembled him. (They argued further that it was the North Koreans who trained and armed a Zimbabwean death squad that killed as many as 10,000 — including the revolutionary’s own men.)

Mansudae sculptors have little opportunity to perfect non-Asian faces back home. All of their statues are molded in a North Korean “socialist realism” style that is little changed through decades of Kim dynasty idol worship. Deifying the Dear Leader through statues, books, murals, films and more is estimated to make up an astounding 40 percent of the national budget, according to a study by the Korea Institute for International Economic Policy in Seoul.

This “stauomania” began in 1953, after the Korean War left Pyongyang blasted to rubble, according to Jane Portal, author of “Art Under Control in North Korea.” The city’s destruction meant then-leader Kim Il Sung could rebuild a city that enshrined his greatness with huge monuments.

The dictator’s appetite for worship was endless. According to Bradley Martin, author of “Under the Loving Care of the Fatherly Leader,” the ruler insisted that all babies’ first words should be “Kim Il Sung.” He also slept on top of adoring teenage North Korean girls, their interlocked legs forming a “human mattress” for the plump dictator.

“Like Stalin and Mao,” Portal wrote, “the Great Leader is also ever-present in painted and sculpted form, both in town and countryside, indoors and out.”

Then and now, the Mansudae work unit is responsible for supplying the paintings and sculpture that sustain this personality cult. But many of the artists are actually quite talented, said Simon Cockerell of the Beijing-based Koryo Group, which escorts foreign tourists to Pyongyang sites such as Mansudae studios.

“Everything in North Korea is done in a group. If you’re a worker, you’re part of a work unit,” Cockerell said. “Just like farmers and construction workers, they have quotas to achieve. But being an artist is a fairly prestigious job in North Korea.”

Much of the unit’s output is propaganda, he said. But they also produce inoffensive nature scenes or ceramics largely bought by Chinese or Japanese customers. “There is no post-modernism, no concept of the viewer deciding the meaning,” Cockerell said. “It’s a more naive style.”

Back in Cambodia, North Korea’s “digital museum” project has largely blended in with the other construction near Angkor Wat. The largest will be a deluxe hotel, theater and golf course complex designed for Chinese and other Asian tourists. Its South Korean developer, Hyo-Soon Park, works in an air-conditioned office just a stone’s throw from his estranged kin from the other Korea.

“I don’t talk to them and they don’t make problems,” Park said. “Why do we need need to fight? It’s all just business.”