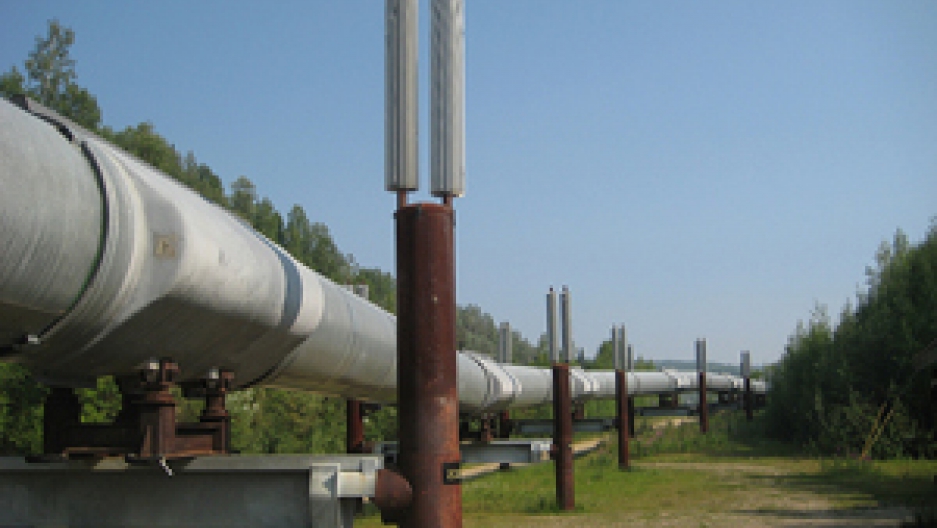 Story by Mitra Taj, Living on Earth. Listen to audio above for full report.

It's going to cost $13 billion to build a system of pipelines to carry oil from the tar sands of Alberta, Canada to the Gulf Coast of Texas. The Canadian crude is thick and gooey but it could help reduce U.S. reliance on Middle Eastern oil. Yet critics contend the cross-country pipeline could wreak environmental havoc. The White House will decide whether the project goes ahead, but not without the rest of Washington weighing in first.

The Obama administration says it will decide on the Keystone XL pipeline by the end of the year. But for some in Congress, that's not fast enough. A bill to force a decision by November 1 just passed the Republican-controlled House of Representatives.

Seven hundred thousand barrels a day of oil so thick it doesn't flow naturally. To move it through a pipeline across six U.S. states, it has to be cooked with a lot of water and natural gas. By the time it comes out of the tailpipe of a car, its greenhouse gas emissions will be double, or by some estimates as much as five times those of regular oil.

Keystone XL could force the White House to pick between key priorities: cut imports of Middle Eastern oil, or wean the country off oil altogether to address the long-term threat of climate change. Climate activist Bill McKibben says it's important to block the project because not much else is being done to slow climate change.

"One of the things we've got to do is identify those huge deposits of carbon that have to be kept safely in the ground," McKibben explained. "These Canadian tar sands are the second biggest pool of carbon on Earth. If we start burning them it's essentially game over for the climate."

McKibben is leading protests at the White House in coming weeks to send the message that tapping the dirty Canadian fuel is "immoral." He says about a thousand people plan to risk arrest, in part because they fear the process has been hijacked by powerful interests.

McKibben notes that one of Clinton's chief campaign staffers was hired to lobby for Transcanada, the company that will build the pipeline.