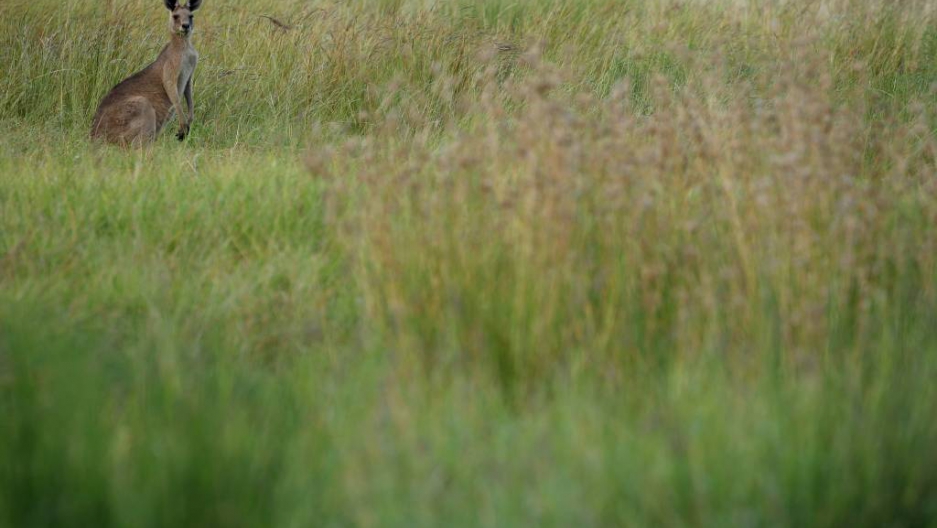 A wallaby in a paddock in Barcaldine, Australia. Farmers say the marsupials are getting stoned on poppy seeds and hopping around in circles.
Credit: Mark Kolbe
Share

Australian farmers say wallabies are getting stoned on poppy plants and making crop circles as they hop around in an opium-fueled stupor.

The bizarre behavior was reported to a state parliamentary hearing on the security of poppy crops in the southern island state of Tasmania, the BBC reported.

State Attorney General Lara Giddings said the furry marsupials were getting "as high as a kite" and running, or hopping to be more accurate, amok in the state's opium fields.

"We have a problem with wallabies entering poppy fields, getting as high as a kite and going around in circles. Then they crash," she told the hearing.

"We see crop circles in the poppy industry from wallabies that are high."

She said the phenomenon was "one interesting bit that I found recently in one of my briefs on the poppy industry."

About 50 percent of the world's legally-harvested opium, used to make morphine and other painkillers, is grown in Australia, the BBC reported.

Opium is derived from the black resin of the poppy flower. In a more refined form it becomes heroin.

Tasmanian poppy farmer Rick Rockliff said the wallabies were not the only party animals making headaches for producers.

"There have been many stories about sheep that have eaten some of the poppies after harvesting and they all walk around in circles," he said.

"They'd come back again and they would do their circle work in the paddock," he said, according to the Australian Broadcasting Corporation.

Rockliff said poppy seeds, commonly used on bread, were nutritious and harmless. It's the seed pods that contain alkaloids which might be intoxicating the wallabies, he said.

"They are, after all, a narcotic and ingested in big amounts it can have an effect," he said.

But he agreed that if the wallabies are becoming addicted to poppies there would be changes to their behavior. "They might stagger about, they might walk in circles," he said.

But he also cautioned: "They might just be acting in what would appear to be a lethargic way and certainly out of character from what you would expect with wild wallabies."