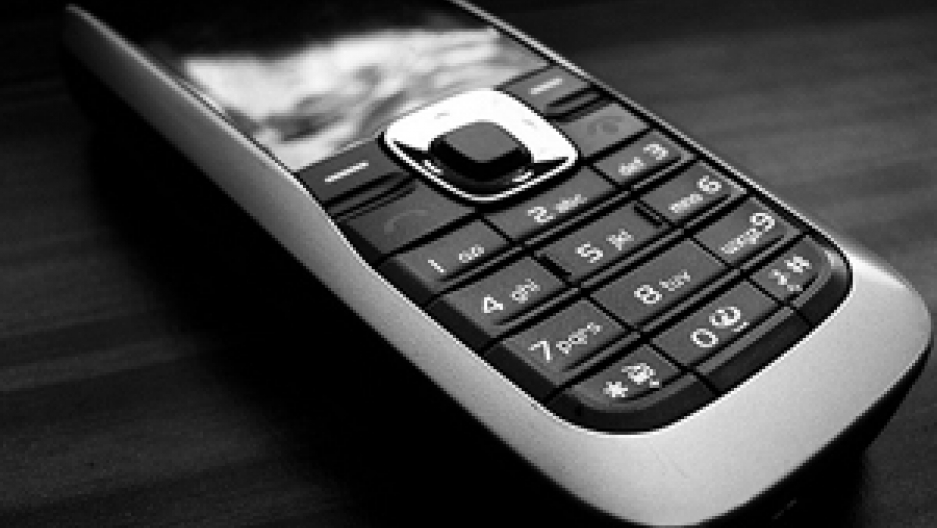 More than 20 to 22 minerals are used on average in every mobile phone. (Photo: Flickr user Dominik Syka)

Story by Cintia Taylor for Living on Earth. Listen to audio above for full report.

It's estimated that there are over five billion mobile phones in the world. And in several countries, the number of these devices exceeds the number of people.

Frequently, the very beginning of a mobile phone's production chain is in Central Africa. There, some 300 thousand people make their living by mining for the minerals that are used in the components of our phones. In the Democratic Republic of Congo, the mining business has helped finance and fuel the country's ongoing conflict. Extraction is mainly controlled by the rebels or the government's own military forces.

According to Nathalie Ankersmit from the Dutch Institute for Southern Africa, the illegal trade in minerals helps finance human rights abuses. "And especially, the local population is victim of these abuses," Ankersmit said. "There are mass rapes of women and children in the local villages, to make sure that these villages are loyal to a certain militia or a certain group of army people. And, that's why the term 'blood mobiles' has suddenly turned up in media."

Bas Van Abel, creative director at the Waag Society in Amsterdam, says copper is used in the circuits in phones, along with cobalt and numerous other minerals: "I think that there are more than 20 to 22 minerals used on average in every telephone. You have to do a lot of reverse engineering. Because that's one of the problems that phone companies don't give a list of the stuff that they have in their phones. And that's also one of the things that we need to change, that also the big phone builders and production companies give insight into what they are using. And also who they buy from."

Bas and Nathalie's organizations have joined forces against the use of conflict minerals in electronics, and that's how Fair Phone was born. Just like the name suggests, it's an initiative that aims to produce the world's first ethical phone.

According to Bas, the key to the project is not a new invention, but a new way of doing business: "The easiest part of this whole project would be creating a phone. Because phones are already created, you know, the production process is there. The problem is it's not transparent, and the working conditions and the fairness around it, that's where the problem starts. So, if you want to make a fair phone ... you have to change all the production for all these 22 minerals."

But a change in production can also mean added costs, something that doesn't go down well in corporations. Nokia's good, clean image has been severely impacted since the problem surrounding conflict minerals came to light, but it still ranks as one of the most environmentally friendly companies in the sector, and it has banned Congolese minerals in its production. And while critics and activists claim it still has a long way to go, spokesman Jorgen Thiesman says the company is already producing the fairest phone possible.

"No company can give a 100 percent guarantee that there are no conflict minerals in their components, but we don't allow our suppliers and their suppliers to source minerals from conflict areas," said Thiesman. "One of the things that we as a company have done already, it's investing in R&D so that we can reduce the components that have these minerals in them, that we reduce them form, for instance, six components that were used in 2001 in a mobile phone, to one or two components now."