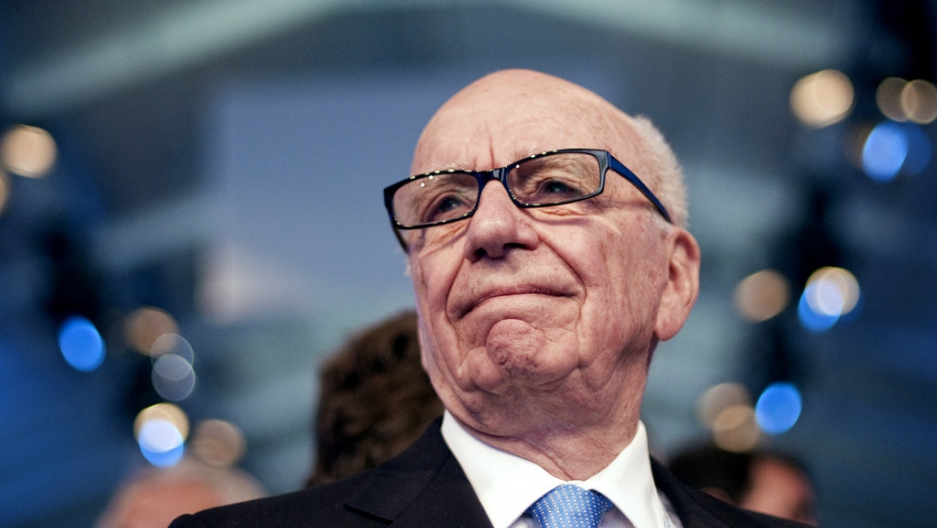 Rupert Murdoch, chairman and CEO of News Corporation, attends the e-G8 meeting gathering internet and information technology leaders at the Tuileries Gardens in Paris on May 24, 2011. The heads of virtual giants Facebook, Google, and eBay were invited to formulate proposals on the future on the onternet ahead of the G8 summit in France.
Credit: Lionel Bonaventure
Share

SALZBURG, Austria — This city’s waltz with history is a dramatic dance.

I came here with my family and we feel so lucky to have been here all week taking in that history and going to the Salzburg Folk Festival and hiking in the Alps.

I’ve been here at the Schloss Leopoldskron, the 18th century palace made famous as the set for the Hollywood classic "The Sound of Music"‘ as a Visiting Scholar at the Salzburg Global Seminar for a course "On Global Media and Change.”

And just about any dialogue about global media in recent weeks seems to end up turning the stage lights on one of global media’s great villains — or complex anti-heroes, depending on your point of view. I mean, of course, Rupert Murdoch.

I’ve already written on this trip that Shakespeare would have loved the Murdoch story, but so too would have Max Reinhardt, the progressive theater director and great internationalist, who bought and renovated the palace in 1918.

Murdoch would have provided the perfect muse for Reinhardt, who was perhaps Europe’s most celebrated theater director in the years after World War I through to 1938 when he left to live in America. Eventually, the Nazis would confiscate the palace as “Jewish property” until after the war when it was returned to the Reinhardt estate. In 1947, the palace became the home of the Salzburg Global Seminar which ever since has convened thinkers from different cultures and professions to “develop strategies for change.”

With a spectacular view of the Alps as a backdrop, undergraduate and graduate students from all over the world gather here. This year they’re from Mexico, Argentina, Saudi Arabia, Lebanon, Iraq, Syria, China, Uganda and the United States to name a few.

Edward Mortimer, senior vice president of the seminar and previously a speechwriter for the secretary general of the United Nations and longtime journalist and columnist for the Times of London and the Financial Times, offered a presentation on Murdoch to the students. It was even-handed and insightful, laying out the facts of Murdoch’s corporate scandal, a “British imbroglio” as he called it, and the dizzying demise of his media empire. It opened a very interesting discussion.

His lecture centered on this idea: One of the “principles of media freedom is that the governments will be the one to watch for control and manipulation. It is very clear that it can also come from the corporate owners.”

“The only way to ensure against this is to allow a plurality of ownership,” Mortimer pointed out as an issue taking shape in the digital age.

There is an increasing number of new corporate titans on the media horizon around the world and an increasing effort by governments in Russia, France, China to start government-supported media enterprises. That includes the U.S. where Columbia University president Lee Bollinger is raising this as something to be considered amid the decline of so many great traditional newspapers and networks.

Amid the historic shift of news gathering to the Web, there are sprawling corporations such as Samsung which control vast swaths of media and advertising across Asia and particularly in the corporation’s home base of South Korea. Also, American corporations like Google and Yahoo control the enormous business of content aggregation and search.

Roman Gerodimos, a Greek-born senior lecturer in the Media School at Bournemouth University (UK), made an important countervailing point to Mortimer’s view. That is that Murdoch's demise may in fact hurt this check and balance to Google and other corporate forces shaping the global media landscape.

“We all love to hate Murdoch, but some people were looking up to him to solve the business problems of new media and take on Google. Now we are wondering, 'If he can’t do it, who can?'” asked Gerodimos.

This is a complex set of questions that Reinhardt would have loved to try and tease out through dialogue, but which unfortunately we are left to grapple with in a very real and urgent discussion that needs to be had now.