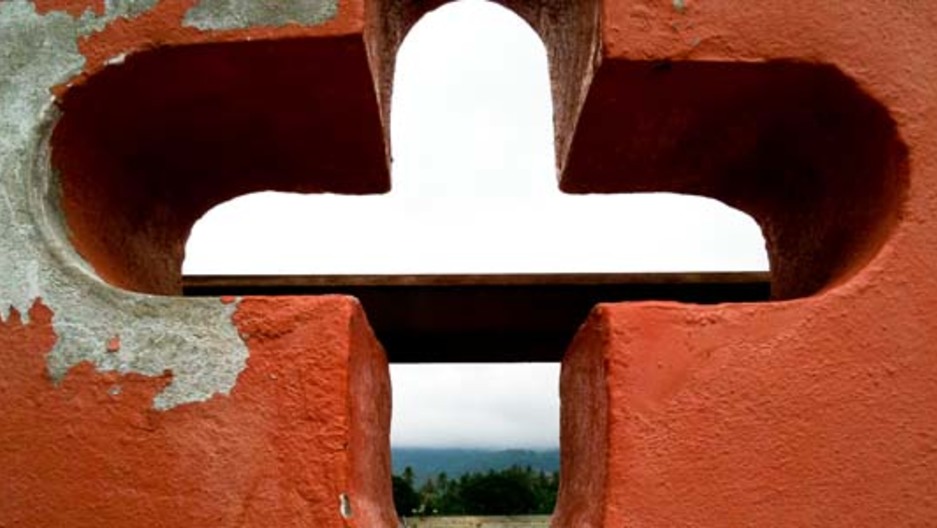 The view from a lookout point in Thailand shows the Mekong River and, across the water, Laos.

In Chiang Saen, Thailand’s northernmost town along the Mekong River, locals are dealing with almost daily arrivals of North Koreans. This sedate town has become one of the last steps on the road to a new life; a key destination for defectors fleeing the pariah state of North Korea.

When North Koreans manage to escape their country, many take a long, and often dangerous, route through China and Laos. The destination of this underground railway is Thailand, where authorities quietly pass the defectors off to South Korean officials.

Locals in Chiang Saen say North Koreans often come ashore a few miles north of here. Then the defectors, sometimes families, march down the main riverside road and into town.

Just outside town, a group sits under a roadside awning, out of the late afternoon sun. A toddler plays on the ground; an elderly woman fans herself with a piece of paper. One woman speaks a few words of English. She said she’s from the “DPRK,” the Democratic People’s Republic of Korea, as the north is officially known. She said she’s travelling with three families, including her elderly mother and a two-year-old son. She has spent the past five years in China, she said. But she doesn’t answer when asked questions about her trip, or why she left her home. Many of the migrants here are too afraid to talk. North Korea considers defecting to be treason. Rights groups say defectors risk years in hard labor camps and even death if they’re caught and returned home.

The number of refugees leaving South Korea has skyrocketed over the past decade. South Korea’s Ministry of Unification reported only 41 defectors in 1995. In 2009, that number hit almost 3,000. Many cross into China to look for work, but it’s a dangerous existence. China is unsympathetic to the defectors, and crackdowns and forced repatriations back to North Korea are common. So many defectors prefer to push south, through to Laos and on to Thailand. According to locals, the route through this town has become so popular that North Koreans arrive almost every day.

Tu Sanaroon runs a guesthouse along the main road. She said the other day a tired group of North Koreans knocked on her door looking for rooms. She watched as a man struggled to carry his elderly grandmother on his back in pouring rain.

“The other old woman, she cannot walk,” Sanaroon said. “I think it was his mother. And he carried her by the back like this, all the way from Golden Triangle to here. And rain was heavy. He asked me about the room. And I have room, but not enough for all people. And I think about the police and the problem, and I recommend him stay in the temple.”

Though Thailand still classifies the North Korean defectors as illegal immigrants, authorities don’t deport them. So many who arrive here actually turn themselves in to the local police. They are transferred to South Korea’s resettlement program, which offers monetary help and job training.

But for most, reaching the end of the gruelling 2,000-mile journey here doesn’t mean an end to their problems. Many defectors get to South Korea severely malnourished. Many suffer from psychological trauma, and have difficulty adjusting to their new lives.

Joseph is the name used by one former defector, who came this way six years ago. Speaking by phone from his home in Seoul, he said the differences between his old life and his new one in South Korea are like night and day.

“When I’m talking about North Korea, even South Korean people cannot understand the life of North, you know,” Joseph said. “You cannot imagine.”

He said North Koreans flee their homes because of the stifling restrictions placed on their everyday lives – and because there’s not enough food to eat. It’s the dream of every North Korean, he said, to eat enough to be full. “They live for food,” Joseph said, “because, there are not enough food, you know?”

Back in Chiang Saen, night falls. The three families of North Koreans push into town. Finally, the English-speaking woman, carrying her two-year-old child on her back, flags down a police officer. They won’t be heading to Bangkok tonight. The families walk into a police station, and turn themselves in. Now, they’re one step closer to home.