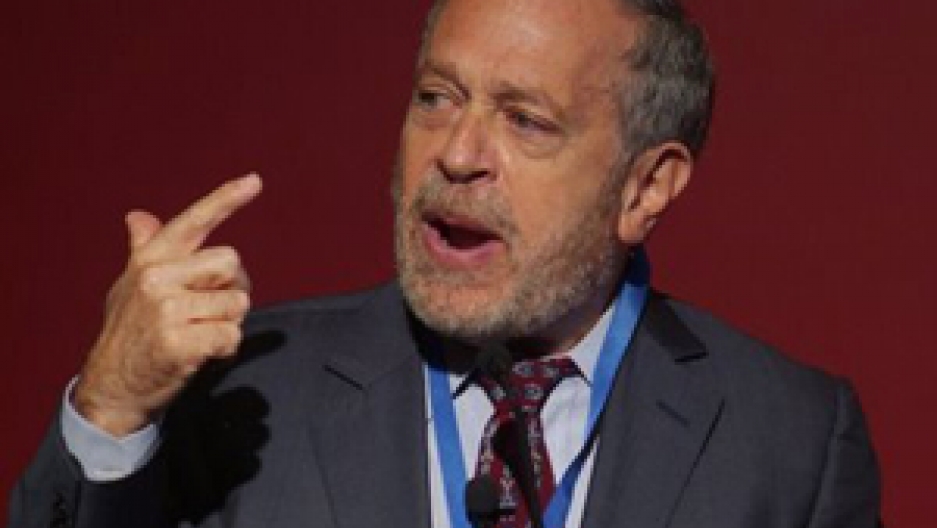 Story from Here & Now. Listen to audio above for full report.

Former Labor Secretary Robert Reich is among the liberal economists and political activists who have been critical of President Obama's emphasis on budget cuts to reach a deal on the debt ceiling. He's asking why spending, in the form of a new stimulus package, is not on the table.

Reich told Here & Now's Robin Young that government spending would revive the economy and put more people to work. "[When] you're in a recession or a depression ... the government becomes the spender of last resort," he said.

Reich writes in his blog that Americans are now living in parallel universes. The first is "where almost 15 million are unemployed, wages are declining, and we’re locked in a vicious economic cycle."

But the problem, says Reich, is that the other parallel universe, Washington D.C., is focusing only on budget cutting.

Read the rest of this story on the Here & Now website.