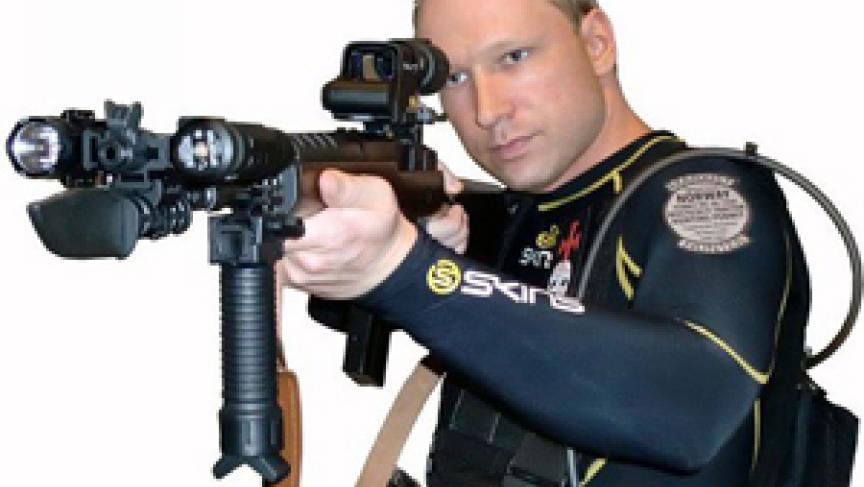 Breivik posing in a compression garment in a photo released six hours before the attacks. (Photo: Wikimedia)

Norway's Prime Minister Jens Stoltenberg said on Wednesday he will establish a commission to investigate last Friday's bombing and gun attacks. The move comes after increasing criticism of the police response to the attack on Utoya island. In all, the attacks have left at least 76 people dead.

There are worries that Anders Breivik is telling the truth, that he didn't act alone last Friday. Norway's intelligence chief, Janne Kristiansen, today tried to dispel those fears.

This isn't the first time Norway has dealt with violence from extreme right-wing elements, but attention turned elsewhere after 9/11. "Possibly what has happened here is that with our eyes fixed on Islamic extremism, we have not only missed the activity on the right-wing," said Kristian Harpkiven, Director of the Peace Research Institute in Oslo. "We've actually missed the transformation, the mutation, of right-wing extremism, and what are constituting the new right-wing threats."

And that's where Anders Breivik comes into the picture. His targets were not immigrants, but the Norwegian politicians who let them in.

"The enemy are those who are responsible for opening the gates. Those who are ruining our country by making multicultural society a possibility," said Lars Gule, who studies multiculturalism at Oslo University.

Gule himself is a controversial figure, having been involved at one time with a Palestinian group that used terror tactics. Gule said he interacted with Breivik on a website called the Gates of Vienna, and that Breivik's posting didn't stand out as extreme.

"I know our security police are following the debates on such websites, and neither did they see him as someone who was sticking out with particularly aggressive views that would indicate that he would follow up his extreme opinions and ideas with action," Gule said.