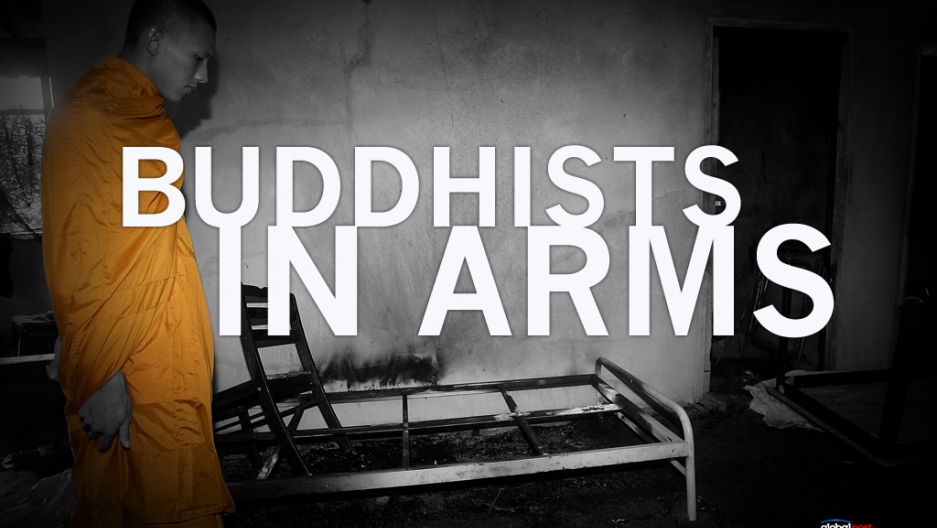 PATTANI, Thailand — The Pattani sultanate perished long before today’s separatists were born. Still, they nostalgically recall it as an Islamic Eden. And once the occupying Siamese are driven back to Bangkok, Kasturi said, its eminence shall be restored.

“In the water, you have fish. In the field, you have rice. In the mountains, there is rubber,” said Kasturi, speaking through phone static from his home-in-exile in Scandinavia.

“Pattani is very rich. We have petrol too. Nobody is talking about this,” he said. “We could be more rich than Brunei!”

More suit-and-tie emissary than guerilla rebel, Kasturi seldom speaks to the media. When he does, he offers the only public face of an extremely opaque insurgency. Thai generals concede they have no idea who actually orders the violence.

Americans accustomed to Taliban-style jihad may be startled to hear some of Kasturi’s proclamations. Despite the Thai army’s U.S. backing — a State Department agent acknowledges providing “equipment, training and advice” — Kasturi insists his mujahideen are America friendly.

“I’m very sure that if America looked after our conflict, the solution would come very quick,” he said. Besides, after the revolution, the sultanate will want a slice of Thailand’s lucrative foreign tourist trade. “We have such nice beaches!”

Kasturi also counters allegations that his network has loose ties to Al Qaeda or regional Islamic terror groups. “We don’t need them,” he said. “We don’t want to be blamed as part of them or praised either.”

So just where did insurgents gain the expertise to stage nearly 2,000 bomb attacks since 2004, many detonated through mobile phones or walkie-talkies? And how did they manage in 2007 to pull off 91 bomb deaths, 13 more than that year’s U.S. and coalition troop bomb deaths in Afghanistan?

“Google,” Kasturi said. “Our young people are clever enough. You just Google it: ‘How To Make a Bomb.’”

Whatever their sources, insurgent bombers have in recent years turned the Thai-Malaysia border into Asia’s most bombed-scarred region.

Just eight years ago, their explosives reflected “neither exceptional sophistication nor much innovation,” according to Anthony Davis, an expert on the conflict with Jane’s Intelligence Review. Bombs were assembled from an over-the-counter explosive agent called “Powergel” and stuffed into tupperware casings with handfuls of rusty nails.

They have since graduated to methods seen in Iraq or Pakistan: car bombs, mobile phone detonators and difficult-to-jam radio triggers. Bombs planted in cheap motorbikes, Davis said, have become a “southern Thai speciality.”

Multi-wave attacks first wipe out unlucky civilians. Then they hit responding bomb squads with secondary charges planted nearby. Bombers even pulled off a triple-stage attack in late June. “To put it tritely but succinctly,” Davis said, “they are getting leaner and meaner.”

In the corner is a golden Buddha so heavy two men would struggle to lift it. In the hallway are a dozen-odd mugshots of known insurgent bombers. Some faces are X’d out in red.

“In the beginning, these guys used small bombs,” said Col. Thaweesak Chantrasint, commander of the Royal Thai Army’s Explosive Ordinance Disposal unit. “It was like they were just learning to put them together.”

Now, the colonel said, “they use six types of bomb techniques that are constantly revolving. We currently use mobile phone jammers, so they’re switching to different methods” such as two-way radio detonators. “And when we stop using phone jammers as much, they’ll go back to using cell phones.”

It is a high-stakes game of whack-a-mole. Only the elite can bear the mental and physical strain, he said. The commander’s men are subjected to at least four months of training that culminate in a gut-wrenching final exam: defusing a live bomb.

“I pressure my men with everything: hunger, fatigue, fear for their lives and sleeplessness,” the colonel said. “We pressure them until they are able to make decisions even when they’re in peril.”

Throughout the region, the steady threat of death-by-bomb has visibly altered the landscape. Driving through the deep south means navigating an obstacle course of candy-striped barricades and spot checks enforced by whisker-lipped recruits.

Those with enough cash have steel plates welded to their pick-up truck undercarriages. Those who’ve retained a sense of humor can buy the latest in infant wear from shops in frequently bombed Yala city: tiny T-shirts that say “Yala Kids Don’t Like Bombs!”

“We’re used to this. Our kids are used to it,” said Chalermkwan Choosaeng, 38, the proprietor of a snack shop across the street from a Yala elementary school.

Just hours before, a radio-detonated bomb had flecked her storefront with shrapnel. The target, a school traffic cop, took buckshot to the face. He ran blind into her shop, blood pouring from his eyes, and collapsed on her floor.

“None of the kids got hit. It wasn’t that bad,” she said.

The worst one, on this street at least, was three years back. That explosion, a car bomb, left a man’s shirt hanging in the tamarind trees. His severed arm sailed clear over the school gates.

It was discovered by schoolchildren two days later.

“That was clearly worse than the one this morning,” Chalermkwan said. She released an exasperated groan. “All this and I haven’t eaten breakfast yet.”