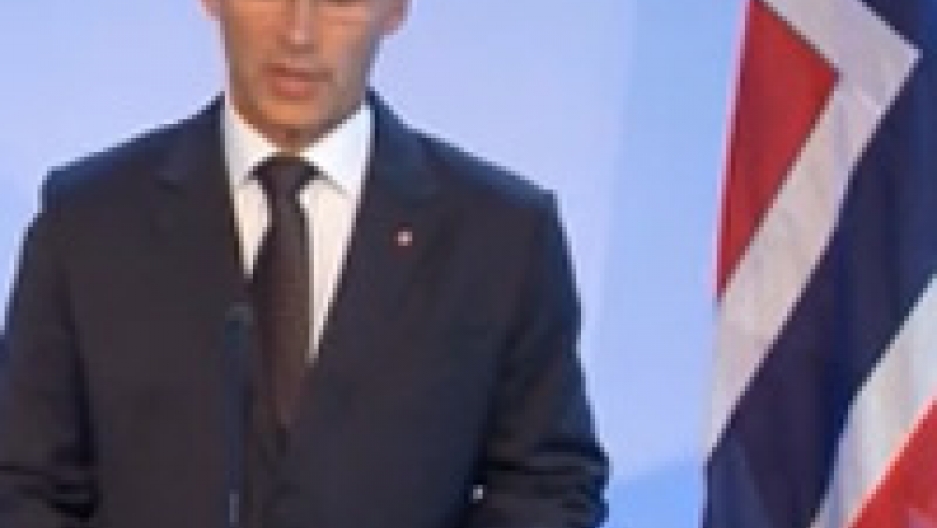 Share
Norway's Prime Minister Jens Stoltenberg said on Wednesday he will establish a commission to investigate last Friday's bombing and gun attacks. The move comes after increasing criticism of the police response to the attack on Utoya island. In all, the attacks have left at least 76 people dead. There are worries that Anders Breivik is telling the truth, that he didn't act alone last Friday. Norway's intelligence chief, Janne Kristiansen, today tried to dispel those fears. "At this moment in time," she said, "we don't have evidence, or we don't have indications, that he has been part of a broader movement, or that he has been in connection with other cells, or there are other cells." This isn't the first time Norway's dealt with violence from extreme right-wing elements. Tore Bjorgo is a professor of police science at Oslo's Institute for International Affairs. He's been studying the far-right in Norway for decades. "The story goes back with the far right in Norway to the late 70s, when there was the rise of the so-called Norwegian Front, which was a fascist oriented group, with ties to the old Nazis of World War II in Norway, and the security police at the time had no interest," Bjorgo said. Instead, Bjorgo said, the police were more concerned with potential left wing terrorists, the anti-capitalists and Marxists. When bombings disrupted a May Day procession in 1979, police had no clue who might have done it. "However, those that did have a clue where the Marxist-Leninists, who had set up their own intelligence service more or less," said Bjorgo. "And they knew who the perpetrators were. And they ironically started to provide information to the police security service who at the time were following them." Gradually, Bjorgo said, the police woke up. The force began to develop its own intelligence on right-wing extremists. Bjorgo helped develop Norway's approach to fighting the threat. He created an "exit program" that allowed neo-Nazi youth to leave their groups, and return to society. It was so successful that it became an "export." Sweden and Germany, among others, use Norway's methods. And then in 2001, Benjamin Hermansen, a half-Norwegian half-Ghanian 15 year old, was stabbed to death by skinheads in Oslo. Tens of thousands of Norwegians poured into the chilly January streets to condemn his death, and to celebrate his life. Tore Bjorgo said many Norwegian neo-Nazis were shocked that one group's hatred had actually lead to such a brutal act. Membership in right-wing groups dried up in the years that followed. Also, police attention turned elsewhere after 9/11. Kristian Harpkiven is Director of the Peace Research Institute in Oslo. He said police may have taken their eyes off the ball. "Possibly what has happened here is that with our eyes fixed on Islamic extremism, we have not only missed the activity on the right-wing," he surmised, "we've actually missed the transformation, the mutation, of right-wing extremism, and what are constituting the new right-wing threats." And that's where Anders Breivik comes into the picture. His targets were not immigrants, but the Norwegian politicians who let them in. "The enemy are those who are responsible for opening the gates. Those who are ruining our country by making multicultural society a possibility," said Lars Gule, who studies multiculturalism at Oslo University. Gule himself is a controversial figure, having been involved at one time with a Palestinian group that used terror tactics. Gule said he interacted with Breivik on a website called the Gates of Vienna, and that Breivik's posting didn't stand out as extreme. "I know our security police are following the debates on such websites, and neither did they see him as someone who was sticking out with particularly aggressive views that would indicate that he would follow up his extreme opinions and ideas with action," Gule said. And that is one of the big challenges moving forward, balancing people's freedom to say what they want – in real life and online – with the need for security. Police science professor Tore Bjorgo says Breivik is forcing him, and Norwegian authorities, back to the drawing board. He said he's working on new strategies. But, he cautions, there isn't any magic pill for stopping extremism of any kind.