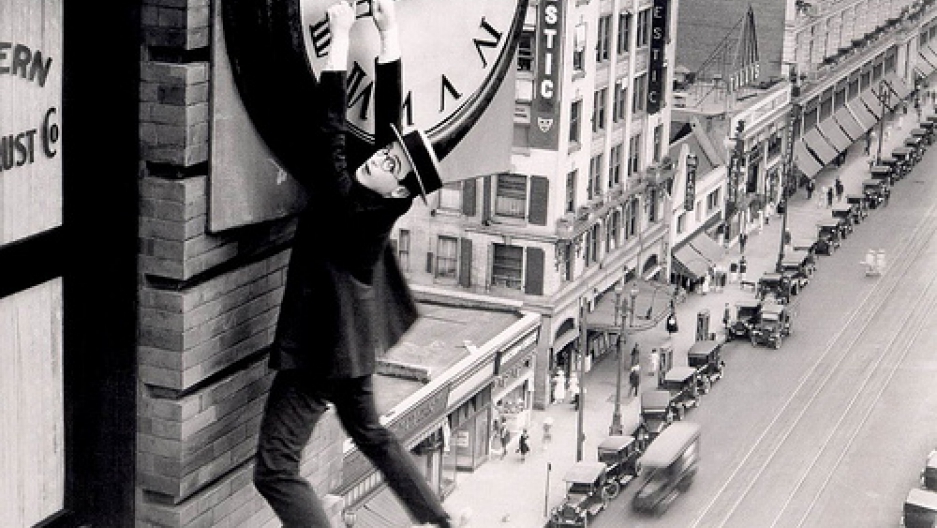 Story by PRI's Studio 360. For more, listen to the audio above.

The new film, "The Clock" is a mash up of scenes from over 1,000 films -- from classics, to obscure, to flops. Almost all of the scenes contain a reference to time, whether it is a character asking the time, or a grandfather clock sitting in the background. The time in the scene is always synchronized to the local time in the theater in which it's being shown. This means that the film makes reference to almost all 1,440 minutes of the day.

The project is the brainchild of Christian Marclay, and even he cannot name all of the films used in the piece. "The Clock," is being shown at the Los Angeles County Museum of Art (LACMA), and has received significant interest, with 4000 people showing up for its most recent screening.

The audience can come and go throughout the 24-hours, but some, like Sean Hathwell, choose to watch it from beginning to end. When Hathwell attended in May, he brought snacks, dressed comfortably, and didn't take a single bathroom break for the full 24 hours. He feels that not seeing the piece in its entirety is like just "reading a few pages of Shakespeare's MacBeth."

What makes the film engrossing is the way the clips are edited together. Filmmaker Aldo Velasco says, "somehow [Marclay] melded them together in a way that the sound from one scene goes over to the sound from the next scene. Somebody looks across the room, and then the other person who's looking back is in a whole different movie […] It weirdly works. It feels like these people are communicating with each other across time and across films."

Marclay toys with his audience's sense of anticipation by using clips from scenes directly before a film's climax. LACMA curator Christine Kim talks about the tension caused when Marclay cuts away right before the dramatic moment, "so then you're waiting to go back -- playing with your sense of expectation. And I have not met a single person who did not overstay."

The installation will have its final screening on July 28th and 29th, from 5pm until 5pm.