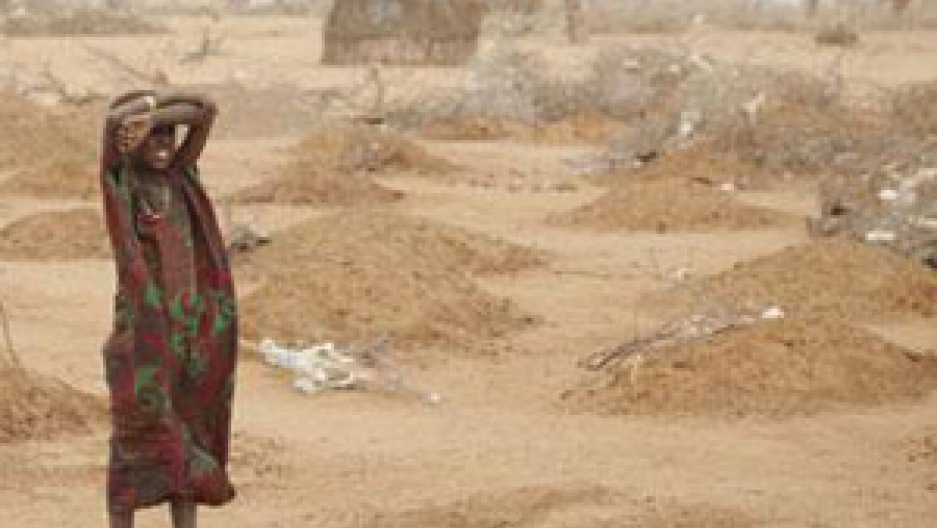 The U.N. says it fears tens of thousands of people have already died in Somalia's famine. (Photo courtesy of Oxam International)

The United Nations has declared a famine in Somalia, but aid isn't getting to many of the millions of people that need it. Parts of Somalia are controlled by an al-Qaeda-linked militant group that has said it will not allow aid organizations into many areas.

Meanwhile, the U.N. children’s agency -- one of the few groups that does operate in the area -- said Friday that nearly 800,000 children are at risk of dying without urgent assistance. The U.N. says it fears tens of thousands of people have already have died in the country's famine, which has prompted Somalis to walk for days in hopes of reaching a refugee camp in neighboring Kenya.

The ground around the camps in Kenya are littered with the bodies of children abandoned by mothers too weak to dig graves. Oxfam says the drought in East Africa is the worst in 60 years, and it has caused the price of grains and fuels to rise. Farmers are unable to meet the basic food needs of their herds, and animals are either dying off or are simply being abandoned.

Two decades of war have weakened the Somali government's control over many portions of the country. Al-Shabab, an Islamic militant group aligned with al-Qaeda, controls much of the Southern part of the country where famine has been declared.

The group says it has banned organizations it thinks are involved in political activities. "The biggest responsibility for this problem lies with the United Nations," said a spokesperson for Al-Shabab. "Their last report says that there is famine in Somalia -- we say that this is utter nonsense."

Yusuf Garaad, the head of BBC Somali Service, says Al-Shabab, which has admitted to carrying out terrorist attacks and Somalia and elsewhere,  has been the target of U.S. and other intelligence communities. This makes them paranoid about which organizations they allow into their territory.

The combination of civil war, drought and the rise in insurgent-controlled areas have cumulated in what Garaad calls a "man-made disaster" in Somalia.