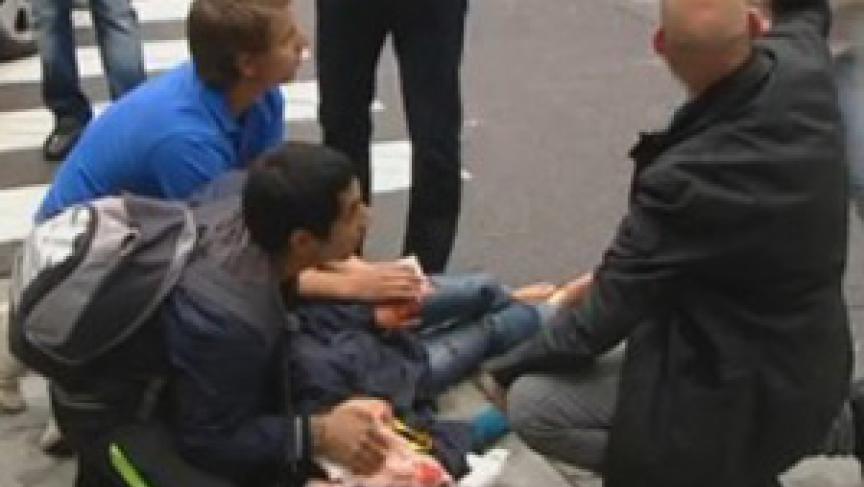 An injured person gets help from people at the scene of Oslo bomb blast. (Image from Norwegian TV)

Norway is in shock today following twin attacks: A massive bomb blast tore through the headquarters of the Norwegian government in Oslo; and 30 miles away, a shooting attack on a youth camp sponsored by the ruling Labor Party.

At least seven people were killed in the bombing, which inflicted huge damage on government buildings in Oslo city center. Prime Minister Jens Stoltenberg, whose Oslo offices were among those damaged by the bomb, described the situation as "very serious".

"I heard this really big bang, glass everywhere, dust, ground shaking like it was an earthquake basically," said a government official who had just left a nearby shop when the blast occurred.

Police said at least nine more died at the youth camp on an island outside Oslo, when a man in a police uniform opened fire on a crowd. A man has been arrested in connection with the shooting.

> Get live coverage from the BBC.