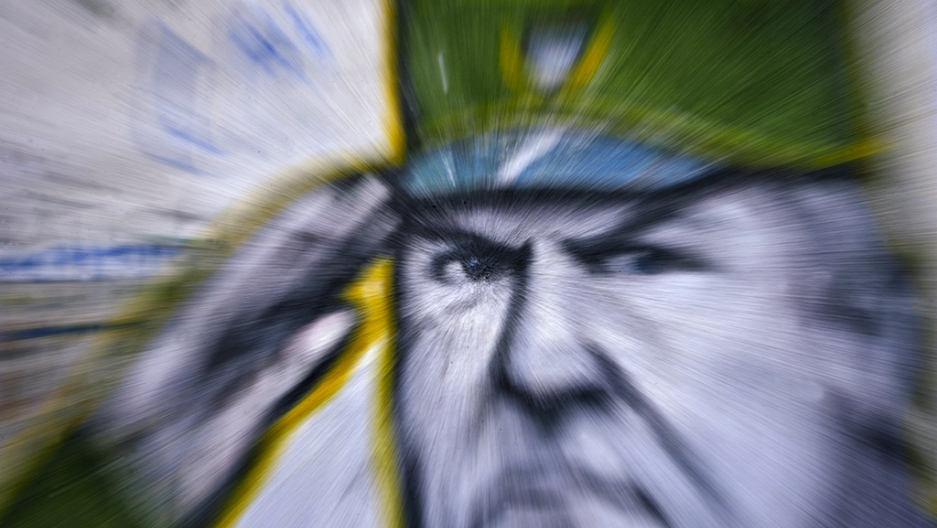 CAMBRDIGE, Mass. — “I’m cold on my head. Let me put on my cap!” Petulant and disruptive, Ratko Mladic was dismissed from the International Criminal Tribunal for the former Yugoslavia in early July, on his second day before a judge.

Who would guess that this cocky man faces charges of genocide, extermination, inhuman acts, murder ... 15 counts in all, for atrocities committed 16 years ago in Bosnia.

The implosion of Yugoslavia sparked nearly four years of war in the 1990s, during which politicians hungry for control of the new republics stirred up hate to feed their urge for power.

Bosnia, a new country the size of the state of Maryland, was devastated. Half of the country's 4 million people were displaced. Sixty percent of housing was destroyed and at least 110,000 were dead. The mastermind was Serbian President Slobodan Milosevic, who died in 2005 after four years of an incomplete trial.

That opportunity for truth and justice was lost. We gained another when Mladic was captured on May 26, and yet another on July 20, when former Croatian Serb leader Goran Hadzic was arrested.

It was Mladic, as general of the Bosnian Serb forces, who ordered the targeting of civilians during the 43-month siege of Sarajevo — incredibly, the site of the 1984 Winter Olympics.

He also orchestrated the massacre at the mountain town of Srebrenica, where soldiers slaughtered 8,000 unarmed men and boys over a few days, pushing their bodies into mass graves.

This month marks the 16th anniversary of Srebrenica’s horrors, and for most of the world, memories are fading.

Not for Kada Hotic, who remembers being herded with tens of thousands of terrorized villagers. Former neighbors in stolen U.N. uniforms dragged women off to rape them and slit their throats. Kada lost every adult male in her family — husband, brothers, uncles and her 29-year-old son, Samir.

I met Kada in 1998, during the commemoration I’d helped organize. She was a powerhouse, leading an association of survivors and pressing the international community to identify the dead.

Kada was one of scores of Bosnians I spoke with over hundreds of hours, but three lessons she gave me are still fresh: hearing the truth is a survivor’s most basic need; justice is not revenge; and we can always choose compassion.

First, the truth. American families of soldiers missing in action in Korea would understand. “It would be much easier if I knew my Samir was dead. It would be over. The kindest thing someone could do is tell me the truth. Everything else is bearable. Only truth will heal.” That need for closure is as important a reason as any for the creation of a criminal court.

Second, for Kada truth would lead to justice — but not revenge. “If [the perpetrators] were taken to court, maybe we’d be able to talk about living together.” Yes, she watched Mladic directing his soldiers to lead her husband and son to their deaths; and yes, she wanted to see him held accountable. But “I couldn’t do anything to hurt him. After I did, I wouldn’t be me anymore.”

Most remarkably, Kada went even further, transforming the impulse for revenge into compassion. “The soldiers who killed my son — they must have flashbacks all the time — cutting people’s throats … When they come to their senses, it must be so hard for them.”

She looked past the killing, into the killers’ lives. “Their commanders were awarding medals to whoever committed the worst crime, to the one who killed the most people in the fiercest way, or raped the most women. And the worst part is, that soldier believed he was doing good for his people and for his religion.”

Without understanding how mass-perpetrated violence comes about, we’ll face it again. But the Kadas of the world won’t be the ones perpetuating the cycle of violence. I heard her describe life under siege to an audience in the Serb capital of Belgrade: “I wouldn’t want what happened to me to happen to any one of you.”

The trial of Ratko Mladic is moving forward. We’ll learn about him, his soldiers, his crimes, the starvation of his victims and his threat of a hunger strike. But we could be learning much more.

As we address violent confrontation, if we default to the same faces, Mladic is what we’ll get. But if we explore less likely places, we’ll find women like Kada, with an astonishing capacity to put an end to conflict.

Truth. Justice, not revenge. Compassion. Kada’s words came back to me as I watched Gen. Mladic in court: In a macabre parody of civility, he turned toward the gallery to face the victims’ families — and doffed his cap.

Swanee Hunt served as U.S. ambassador to Austria from 1993 to 1997. Her forthcoming book, “Worlds Apart: Bosnian Lessons for Global Security,” will be published in the fall by Duke University Press. Hunt is also an investor in GlobalPost.