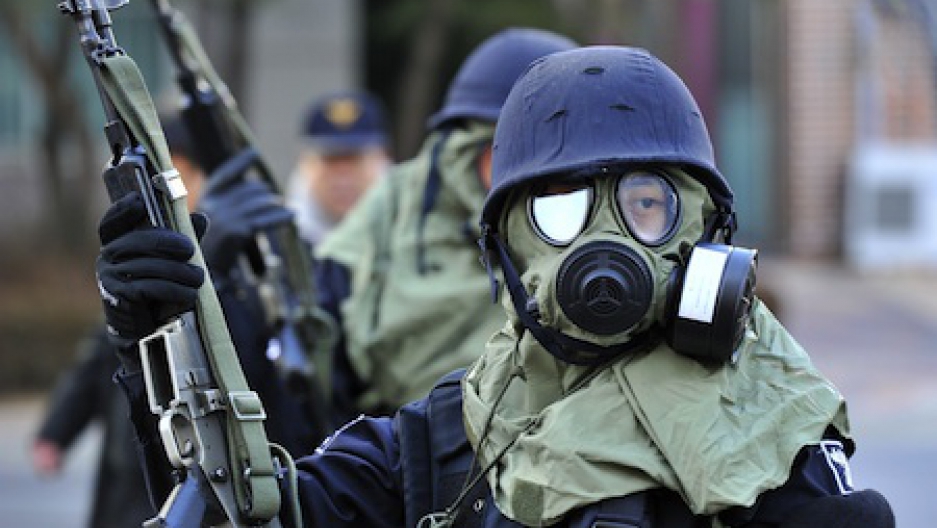 In short, Iran has better long-range missile technology. North Korea can produce a higher quality of steel and possibly weapons-grade uranium. And the two nations are cooperating more and more to speed up improvement of their weapons making.

The threat this poses to global security -- particularly in the Koreas -- is greater than previously thought, said Mark Fitzpatrick, director of the institute's non-proliferation and disarmament program.

"While the world's attention is focused on the Middle East and the debt crisis and the press scandal in the United Kingdom, there is an ongoing issue of real concern in the Korean peninsula," he said in a Q&A posted on the institute's Web site.

"The Korean peninsula has always been a potential tinderbox," he said. "Now it's a peninsula where a nuclear war could break out."

The institute's findings are detailed in a Telegraph article that contends "North Korea has (made) the breakthrough to produce advanced machines where Iran had failed."

Many experts were taken aback the advancement of North Korea's uranium enrichment program when it was partially revealed last year, Fitzpatrick said. "The world was surprised at the sophistication and extent of it."

Now, it appears the two volatile nations are increasingly leaning on one another to make up for those failings so they can proceed with building even deadlier bombs.