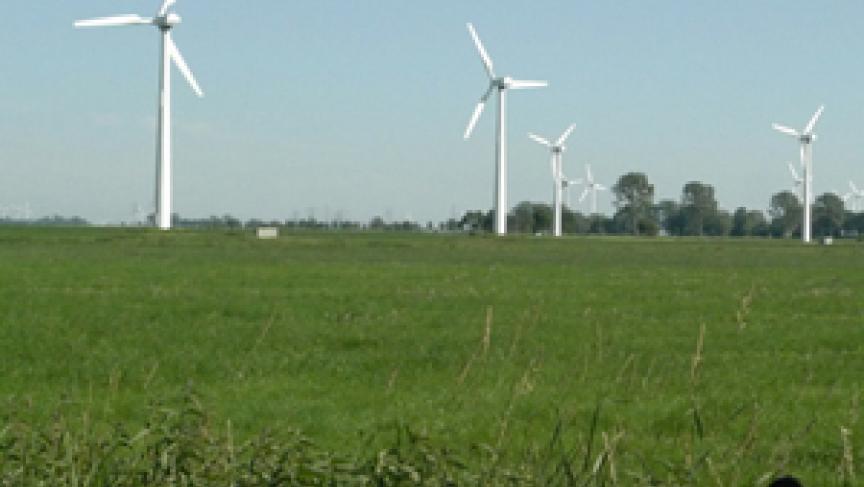 Story by Gerry Hadden, PRI's The World. Listen to audio above for full story.

Germany plans to shut down its last nuclear power plant in 2022. It’s an ambitious timetable, but even more ambitious is its plan to replace that energy with renewable sources, such as wind and solar power. If the plan works, within 40 years Germany will get 80 percent of its power from renewables.

To meet its goals, Germany will have to make tough decisions and costly investments. Jan Espins, head of a renewable energy consortium in Hamburg, says the government needs to do more to encourage investment in renewables.

The country will also have to make big changes in its electricity infrastructure, adds Espins. That is, the cables and towers needed to transport all that new power.

"We have new capacity in the north of Germany and we have our load center in the south," he said. "We need to transport the electricity. And at a certain stage we will definitely need more grid capacity."

It's a matter of feasibility, and money. Beefing up Germany's power grid will cost well over a $100 billion.

But it's also a matter of public acceptance. According to Werner Beba, a professor at the University of Hamburg who studies renewable energy, Germans love the idea of renewable energy. What they dislike are things like power lines.

"For example, they are building one strong grid from the North Sea across Germany to bring energy from off shore wind farms to southern Germany," said Beba. "And there are 8,000 lawsuits against that."

There's even resistance to the wind turbines themselves: They're a blight on the landscape, some people say. Others worry that they kill birds, and a growing number of people claim they can make you sick.