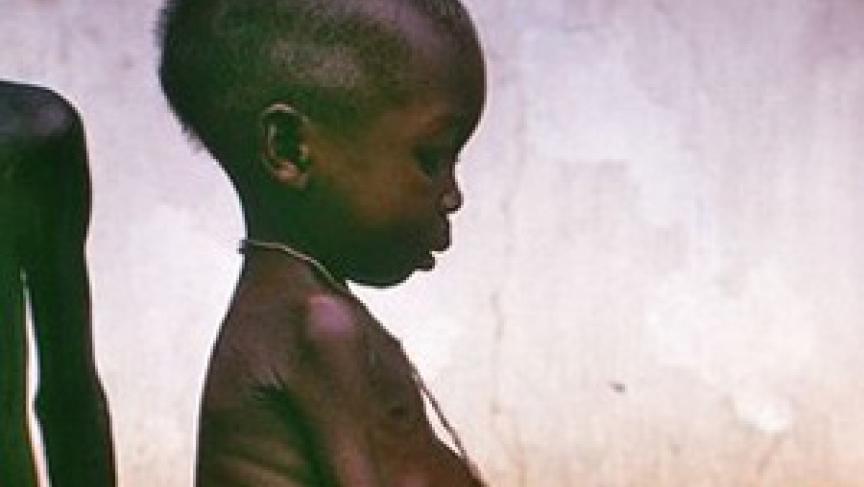 A malnourished African boy. (Photo from the CDC)

Millions of people in East Africa may be facing starvation. Seasons of failed rains in southern Ehiopia, northern Kenya, Somalia and parts of Djibouti have struck the region with its worst drought in decades. Around 10 million people are said to be in dire need of food and many of them are showing up in refugee camps.

The BBC's Kevin Mwachiro is reporting from a camp in eastern Kenya. "People need food, people need water, people need health," he told The World. "I've seen children who are severely malnourished. Today I saw a harrowing scene with a boy at a hospital who had been ostracized because he had a skin condition that wasn't treatable because of malnourishment ... the situation here is dire ... they haven't seen food for days."