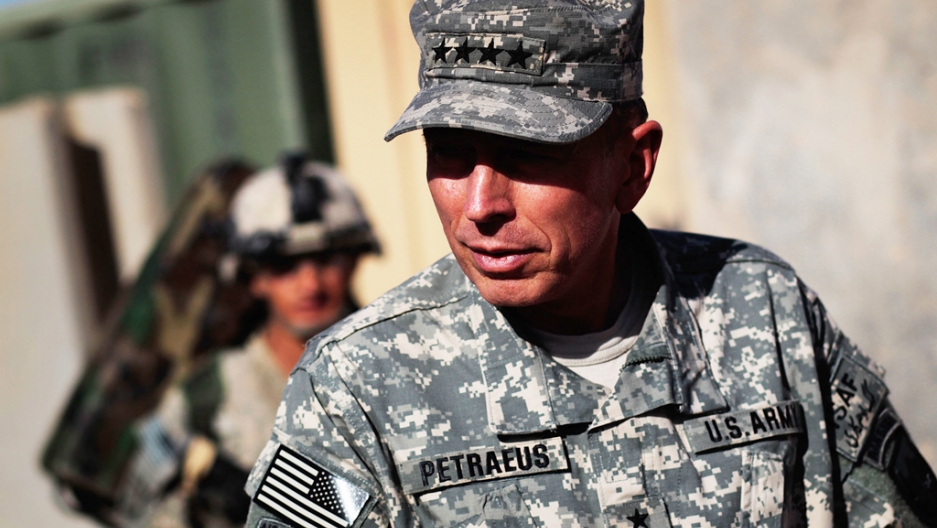 KABUL, Afghanistan — He wasn’t supposed to command this war.

U.S. Gen. David Petraeus, coming off a post as commanding general of the multi-national force in Iraq that many saw as a success, had clinched the comfortable position of top general at U.S. Central Command, based in Florida, in 2008.

But when his predecessor as chief of NATO-led forces in Afghanistan, Gen. Stanley McChrystal, offered his resignation in June 2010 after an article in Rolling Stone magazine revealed his staff making remarks critical of the Obama administration, Petraeus, 58, was called on by the White House to assume command of the increasingly volatile Afghanistan conflict.

Now, one year later, Petraeus is departing from an Afghanistan mired in uncertainty as the battle against the Taliban rages on.

For many Afghans, the scholar-general who brought with him an increase in air strikes, night raids and armed militias, is on July 18 leaving behind at best an ambiguous legacy in their embattled nation.

“There has been no positive change since the beginning [of Petraeus’ command], everything is getting worse each day,” said Hashim Watanwal, a member of parliament from Uruzgan, one of Afghanistan’s most dangerous provinces.

“He did not study the environment properly in order to do what is natural,” Watanwal added. “And to address the problems that we face in this country.”

By all accounts, Afghanistan is now in a tailspin. Major attacks inside the capital, Kabul, have become more frequent, as have assassinations of top level government officials. Last week Ahmed Wali Karzai, the president's half brother and the most powerful man in Kandahar, was killed inside his home. And over the weekend, there was the killing of Khan and Watanwal.

Civilian casualties are on the rise, hitting their highest level since the United Nations began tracking civilian deaths in 2007, and up 15 percent from when Petraeus took control of NATO-led coalition forces last year.

The coalition has already begun its gradual withdrawal — all coalition combat troops will leave Afghanistan by the end of 2014 — at a time when the government of Afghan President Hamid Karzai is largely seen as isolated and weak.

But while the civilian toll of the war in Afghanistan mounts, civilian casualties caused by foreign forces have actually dropped during Petraeus’ year-long tenure.

Petraeus-led NATO troops and Afghan forces are responsible for 14 percent of civilian casualties in the first half of 2011, down 9 percent from the same period in 2010, according to the United Nations.

(More from GlobalPost: What Petraeus' move from Kabul to Langley means for the fight against terror)

The Taliban and other militants caused the lion’s share of civilian casualties — 80 percent— in the same period. It was unclear who was responsible for the remaining 6 percent of the cases.

Analysts attribute the decline to the general’s emphasis on intelligence-driven surgical air strikes and night raids. But while successful from a military standpoint, observers say such strategies provoke the ire of ordinary Afghans and are therefore counterproductive.

Night raids, or kill-capture raids, are special operations missions to kill or capture Taliban insurgents in surprise nighttime assaults on their homes or safe houses.

NATO says it killed some 3,200 insurgents in kill-capture raids in the period between April 2010 and April 2011, the majority of which were carried out under Petraeus’ command. These operations are one of the key metrics of success claimed by the commander.

“As an army general, he did his job, and he was successful in implementing the operations he planned for,” said Noor ul-Haq Olumi, once both an Afghan general and member of parliament from Kandahar province.

“But in my point of view, if you cook delicious food, but don’t have a plate to eat it from, the food is wasted,” he said. “If you have successful military operations but the people don’t support you, what is the point?”

Afghan farmer Mohammed Naim, whose three-house mud compound was destroyed in a U.S. military operation in his village in Kandahar on Petraeus’ watch, said life is better for him now than it was when the Taliban held his native Arghandab valley.

“Before the foreigners came [to Jeleran], and the Taliban were here, I couldn’t sell any of my fruit. No one wanted to come to our village to buy our produce,” Naim said.

“But now that it is peaceful, I am making almost three times as much selling my pomegranates,” he said. “This is what I can say, as a farmer, is a positive result of that operation.”

Still, Afghans here say that despite having lowered the number of civilian deaths at the hands of U.S. and NATO troops, Petraeus’ war strategy is so far incapable of protecting civilians from rising insurgent attacks on soft targets.

Suicide attacks and roadside bombs planted by Taliban fighters are causing widespread civilian casualties across the country, with no sign of letting-up.

“Civilian casualties are increasing and the Taliban are carrying out more attacks,” Watanwal said. “And neither Afghan nor foreign troops can control the violence.”

Another Petraeus-led initiative that rights groups say is contributing to the bloodshed is the creation of the Afghan Local Police (ALP), a village defense force aimed at fending off Taliban attacks where Afghan security forces have a limited presence.

After Petraeus reportedly persuaded President Karzai to establish the force last fall, young men from rural villages were armed with weapons and cash in 34 “critical districts” across the country.

Since then, the poorly-vetted ALP forces have been accused of abuses such as murder, theft, bribery and intimidation.

Refugees International, a Washington, D.C.-based advocacy group for displaced people, went so far as to call on U.S. Congress last month to stop funding the ALP project until it could ensure its members had halted rights abuses.

For Abdul Hayam, a shopkeeper in the Marjah district of Helmand, a U.S.-backed militia program launched under Petraeus after coalition troops ousted the Taliban has so far been a mixed blessing.

While the gunmen have managed to keep security in some areas, Abdul Sultan worries they will evolve into a more predatory force.

“Right now they are making things safe for us, and they are patrolling with U.S. troops,” he said.

“But the militias, they look exactly like the Taliban,” he said. “We can’t tell the difference — they all have guns.”