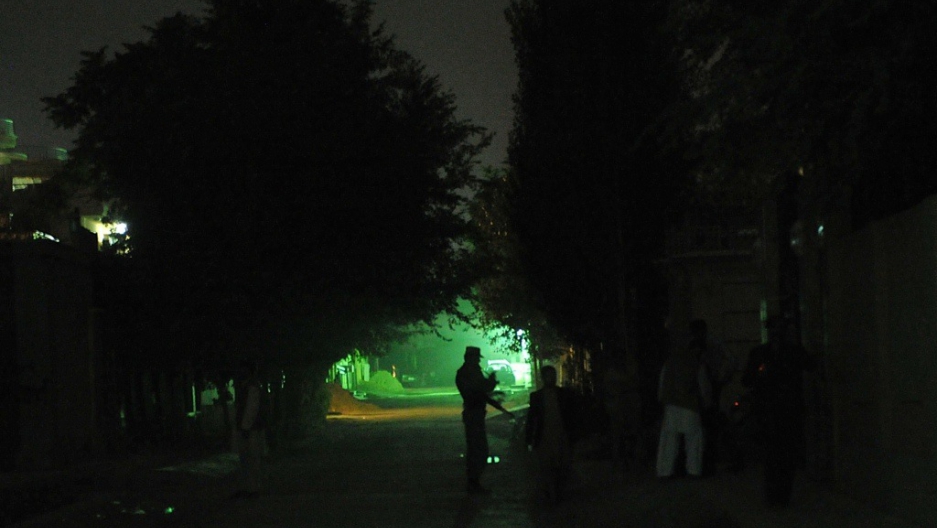 A top advisor to the Afghan president was killed in his home on Sunday, along with a Member of Parliament from Uruzgan province. Several guards died as well, as at least five attackers stormed the residence of Jan Mohammad Khan, in an outlying neighborhood of Kabul.

This is the latest in what appears to be a targeted campaign of assassinations aimed at top Afghan officials. It comes just as the United States begins to drawdown its troops in Afghanistan, and as the first Afghan province transitions to full Afghan security.

According to some reports from Kabul, Khan’s son was also killed in the attack, although this information could not be independently verified. A top police official may also have perished.

Information was sketchy since the attack was still ongoing as of 11 p.m. Kabul time. Police were unsure of the status of the attackers — according to one person still in the house, there was a gunman left alive even after the local security guards sounded the “All Clear.”

Afghan security forces were coping with the attack, which took place in Kart-e-Seh, an affluent neighborhood on the western outskirts of Kabul. Streets were blocked off and firing could be heard throughout the area, residents said. The Afghans had not requested back-up from the international forces, according to Defense Miistry officials.

(More from GlobalPost: It's been a bad year so far for Afghanistan)

The attack was audacious even by Afghan standards. At least five men overpowered the guards around the house, and burst into the residence. They shot Jan Mohammad Khan, as well as Mohammad Hashim Watanwal, a Parliamentarian from Uruzgan province.

Jan Mohammad Khan was a former governor of Uruzgan, and at present a close advisor to Afghan President Hamid Karzai.

His death will be a blow to a president still stunned by the brazen murder of his younger brother, Ahmed Wali Karzai, known as AWK, who was gunned down in his home in Kandahar last week.

It is unclear who organized the Kabul attacks; some residents were determined to tie the killing of Jan Mohammad Khan to the assassination of Karzai’s brother.

“The revenge killings for AWK have begun,” said one young political observer. He was not clear as to why he was convinced that the deaths were related.

But he was not alone. Many Kabul residents had been braced for a reaction following the Kandahar killing. But the choice of target and the site chosen for the attack were still shocking to many.

“It is hard to believe it's all happening now and at this level,” said an Afghan journalist. “Let's see where and how this all ends.”

But few doubt that the killing of AWK signaled a new period in Afghanistan’s decade-long war. Top officials are being targeted one after the other, and no one feels safe.

The Afghan president, for his part, has had a very difficult week. In addition to the brutal slaying of his brother, he has been coping with the withdrawal of the first U.S. troops from Afghanistan. According to media reports, 650 soldiers have left from Kabul and nearby Parwan, and will not be replaced.

Despite his increasingly frequent bouts of rage against the international forces stationed in his country, Karzai is painfully aware that his own political survival depends to a great extent on the international community.

The Afghan president, often referred to dismissively as “the mayor of Kabul,” controls very little of his country. Handpicked to lead the Afghan interim government in 2001, he has been heavily backed by the international community ever since, and is called a “puppet” by many, not only among the Taliban.

The Taliban had claimed responsibility for AWK’s killing, although many observers do not believe that the insurgency would have had the power to carry out the assassination of such a prominent and well-guarded figure. AWK was killed by his bodyguard, a close associate of the Karzai family, who, the Taliban say, they recruited to their side.

Regardless of who takes responsibility for the Kabul killings, the Afghan president has got to be wondering who will be next.

This week also begins the formal handover of security to Afghan forces in Bamian province, a tiny jewel of peace and security in the center of the country. Bamian has enjoyed rare stability in the post-Taliban period, although a senior official was recently killed on the road between Bamian and Kabul.

Bamian is just the first of seven sites that will be transferred to all-Afghan security between now and 2014.

But as the killings increase and the situation deteriorates, this is a prospect that few look upon with equanimity.