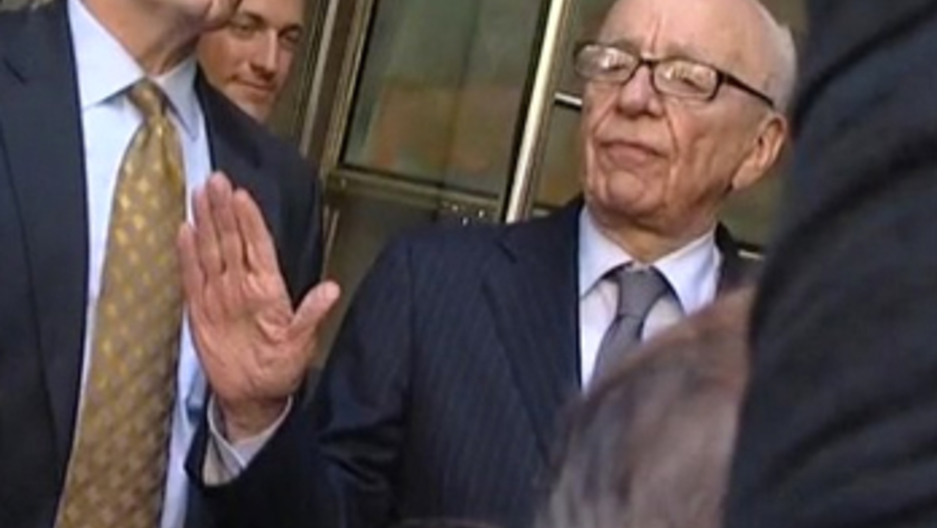 Share
by Phil Mercer Rupert Murdoch's News Limited is the most powerful media organization in Australia, but it's being scrutinized there like never before, as its parent company, News Corp., is engulfed in a phone hacking scandal in Britain. Prime Minister Julia Gillard, speaking at Australia's National Press Club, said she's been sickened by the scandal involving illegal practices at Murdoch's now closed "News of the World" tabloid. "Like I think most Australians, I've been pretty shocked and disgusted to see the revelations that we've seen in the United Kingdom," the prime minister said to Australia's press corps. "I think we will have a long debate about media ethics in this country but if I could put it as clearly I can, I'd say to you don't write crap." The government said it may order an inquiry into Australia's media ownership and regulation. And Australia's Greens party, which holds the balance of power in the country's federal parliament, is questioning News Limited's domination of the domestic newspaper industry. The party has called for an official investigation into its operations. Australian Sen. Bob Brown said too much power lies in too few hands. "We have the most concentrated newspaper ownership of any similar democracy and that means that two thirds of the metropolitan newspapers and two thirds of the suburban newspapers are owned by the Murdoch Empire," Brown said. "It does not allow for the plurality of views that is healthy for a modern democracy." When asked if he thought that the phone-hacking that seemed to be regular practice at the News of the World happened in Australia, Brown said he had no evidence of that. "But I have been told by a very experienced journalist in the last few days, you would be unwise to not expect that was possible," he said. Michael Gawenda, a former editor at the Age newspaper in Melbourne and now a director of Melbourne University Center for Advanced Journalism, said he'd be "amazed" if there were no instances of phone hacking in Australia's newsrooms. "And I do think that eventually, if those things have happened here, they're now going to come out." News Limited is trying desperately to distance itself from the damaging allegations half a world away in Britain. Senior managers here point to the very different cultures between Australian and British newspapers. John Hartigan, the country's chief executive, said the industry here is far less ruthless than its counterpart in the UK. "They're very aggressive newspapers," Hartigan said, "and some of the behaviors that have come out have obviously been driven by the need to get in front of each other. I would argue very strenuously that we don't have those behaviors in Australia." News Limited has ordered an internal review to prove it has nothing to hide. But the move is unlikely to stop the demand for the Australian government to officially investigate ethics and standards at not only Rupert Murdoch's newspapers but also media companies across the country.