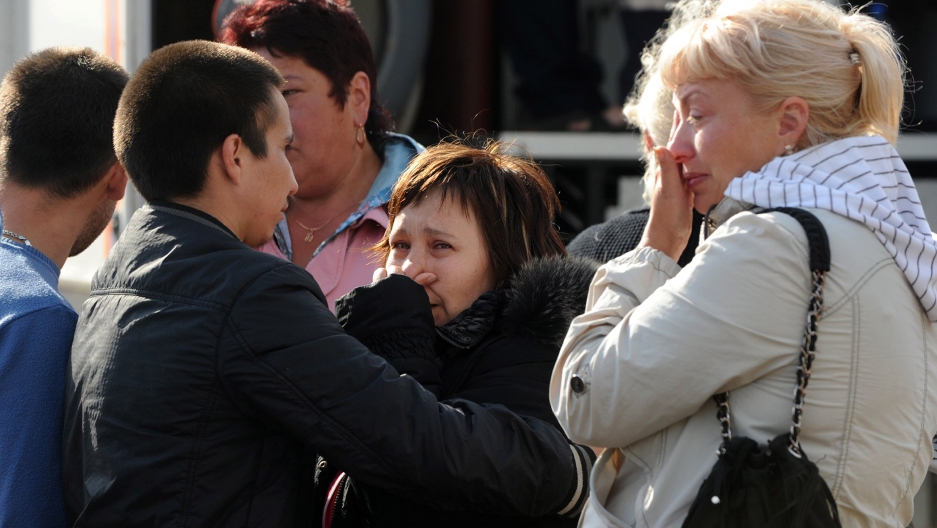 It is hard to overstate the tragedy of the sinking of the Bulgaria, the ship that went down in Russia’s Volga River on Sunday.

Those that survived – 79 – were the ones who were thrown into the water as the ship listed and sank, or managed to escape into the river in the three minuets before it went under. The rest of the passengers and crew – 126 at last count – were trapped inside the vessel, which one survivor likened to a “metal coffin.” Divers have spent the last two days recovering bodies, leaking grizzly tales of corpses trapped in the boat’s restaurant, its holds, its playroom.

The tragedy is only deepened by the number of children that were on the ship – 59, by last count. Many of them, according to rescuers, remain trapped in the boat’s playroom, as they were gathered there for games in the minutes before the boat sank.

Yesterday, I did an interview with the CBC’s As It Happens about the sinking and they asked me why people are calling this a “typical Russian tragedy.” It’s a good question.

1) Poor infrastructure: Investigators are looking at the boat’s shoddy state – built in 1955, one of its engines was already experiencing trouble before leaving port.

2) It looks like there was corruption involved. The boat was built to hold 120 passengers, according to the latest list, there were 205 on board. And of those 205, 25 didn’t even have their named registered.

4) Two ships passed the dozens of people floating in the river without stopping – some even reportedly filmed the drowning on their mobile phones. Prosecutors say they have identified the ships and will open criminal cases against their captains. The explanation I can think of here is a Soviet legacy problem. Russian society is so atomized, on every level, that there really is no culture of helping your fellow man – the exact opposite of what Communist theory teaches will happen following the revolution. That’s what happens when a Soviet system developed that had people informing on their neighbors, on their parents, fighting with strangers for access to food and goods. Getting involved with another’s business could end you up in jail, or worse. It’s an every man for himself mentality – and one that persists to this day.

My interviewer assumed that people were angry about the accident. And some, certainly, are. But, in large part, living in Russia, you assume these tragedies will happen – over and over again. Just yesterday, another airplane crashed – an Antonov-24 carrying passengers from Tomsk to Surgut. At least six people died. This follows last month’s plane crash in Arkhangelsk, which killed 44 people.

Russian leaders then follow the drill: day of mourning, order investigation into company/industry, promise changes. Within days, though, it turns into: wait for the next tragedy to strike.