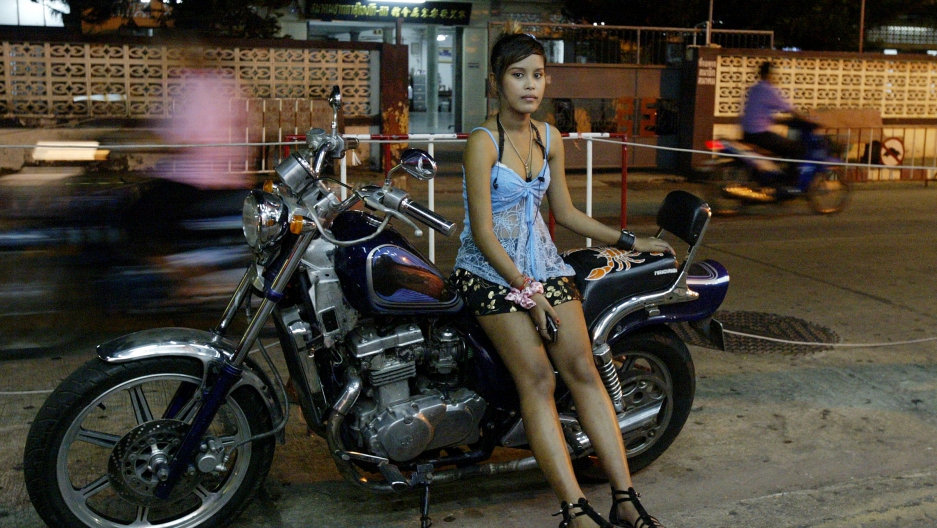 A Thai bar girl waits for customers outside a bar in Sungai Kolok, in Thailand's southern province of Narathiwat.
Credit: Madaree Tohlala
Share

BANGKOK, Thailand — “Take small, graceful steps when walking outside.” Do not “swing your arms back and forth” or “allow your breasts to swing or raise your shawl as you go.” When speaking with others, “do not raise your voice or rasp.”

These were instructions that Thailand’s most celebrated poet, a man named Sunthorn Phu, gave to Thai women in his “Maxim for the Conduct of Ladies.” The “Thai Shakespeare,” as some call him, died in 1855, but his poems are still read today.

Fast forward a century and a half, and while conventional notions about proper feminine behavior still survive to some extent in traditional Thai culture, the Southeast Asian nation is set to mark a milestone in its history of gender relations: Its first female prime minister will soon take office.

Does the rise of 44-year-old Yingluck Shinawatra, who won a landslide election here recently, herald a breakthrough in women’s equality? Probably not.

While Southeast Asia has a legacy of women leaders, their success seems to have less to do with their individual merits than with their familial connections to powerful men.

While it’s too soon to say whether Yingluck is a feminist or is interested in equality, “the connection between herself and a powerful man is the determining factor,” in her political success so far, says Chalidaporn Songsamphan, a political science professor and gender studies expert at Bangkok’s Thammasat University.

Is Yingluck likely to be more inclined to address women’s issues than a man would be?

“I’m afraid that most people will be disappointed because her interests at the moment seem to be something else,” Chalidaporn says, noting that political reality will likely dictate that Yingluck addresses economic and other challenges.

Yingluck has, perhaps unwittingly, become an icon for female political success, but “at the same time, if she does not perform well she will be cited as an example of failure.”

Indeed, both her critics and supporters alike point out that Yingluck was elected not because she is a woman, but because her older brother is Thaksin Shinawatra. He is the divisive, fugitive ex-prime minister at the center of Thailand’s current political crisis. His fans adore him and his detractors loathe him.

Thaksin, a telecommunications billionaire, was ousted in a military coup five years ago amid allegations of corruption. Two subsequent Thaksin-friendly administrations were toppled before Yingluck — running as Thaksin’s “clone,” he said — prevailed. Yingluck, the youngest of nine children, is clearly a proxy for her exiled brother.

She has never before held political office, and was virtually unknown just a few months ago. Her father, however, was a member of parliament, and she has solid business experience: She ran Thaksin’s mobile-phone operator, and then headed the family’s property development firm.

Her campaign was successful not just because she’s viewed as a fill-in for Thaksin, but because she seemed grounded and palatable to non-partisans. It also helped that she had no political history that could be used against her.

Elsewhere in Southeast Asia in recent decades, other women have risen to become heads of state, including two in the Philippines.

And then, of course, there’s perhaps the region’s most well-known female leader: Myanmar's pro-democracy icon Aung San Suu Kyi, who spent more than a decade under house arrest before recently being released. Her father, Aung San, was a Burmese nationalist leader who was instrumental in winning the country’s independence from Britain.

For her part, Suu Kyi has congratulated Yingluck on her recent victory, telling the media that “I like that she's a woman but the most important thing is the relationship between the two nations and our people." She added, “We also have to welcome the government democratically elected by the people,” she said, hinting at more crucial issues.

What do Thai women think?

Maliwan Wangkahad, a 39-year-old housekeeper, notes that Yingluck said she would focus on the economy, but that it was too soon to say if she would work on women’s issues. Asked whether she thought Yingluck is a feminist, she said that "I think if she is the prime minister, she has to be” one.

Wilaithong Charoensuk, a 51-year-old pork and rice vendor, notes that Yingluck may be more sensitive than her male counterparts, and that her rise may show men that women “are not weak anymore.” She adds that “women can work, too.”

But Nid, a 73-year-old retiree who declined to give her last name, was more pessimistic. Yingluck “hasn't done anything yet,” she said. “I don’t know what her purpose is for being in politics. Wait and see … I think she won’t focus on women.” Yingluck “hasn’t said anything to make women’s lives better,” she says.

By all accounts, Yingluck adheres to at least one ideal for Thai women, at least the kind that the Thai poet Sunthorn Phu would approve of: She is extremely polite.

According to Thailand’s Nation newspaper, Yingluck’s teachers in Chiang Mai remember her as being level headed and conscientious. One also noted that she consistently competed in the school’s annual “best manners contest.” (Another former instructor pointed out that Yingluck was known for being tall — and for having light skin.)

Yingluck and her common law husband, Anusorn Amornchat, a business executive, have a young son. She earned a political science degree from Thailand’s Chiang Mai University and a master’s in public administration from Kentucky State University. (Again, there was a family connection: Thaksin earned his masters in criminal justice from Eastern Kentucky University.)

It should come as no surprise that Yingluck has succeeded in business.

According to a March survey from Thailand’s branch of the GrantThornton business consulting firm, the country has the highest percentage of women in senior management positions of any country in the world. Some 45 percent of privately held businesses here, the study found, have top-ranking women. And 30 percent have female CEOs.

The global average is 20 percent, with the U.S. is at 15 percent. On the low end of the table is Japan and the United Arab Emirates at 8 percent.

Still, there are a few sobering realities: While prostitution is technically illegal in Thailand, it is widely tolerated, and it is reckoned that the industry is worth more than $3 billion per year. As “The Hangover Two” and countless other references to popular culture illustrate, the world thinks of this country of 67 million not just as the home of spicy cuisine and powdery beaches, but as a place where anything-goes nightlife is the norm.

In recent years, in fact, discussions of gender roles in Thailand have most often centered not on women in leadership positions, but on the supposedly declining morals of the country’s girls.

In April, for example, during the country’s annual Songkran water festival, three girls between the ages of 13 and 16 were the subject of widespread public scorn. Their offense? Dancing topless during a massive water fight — just a few blocks away from one of the city’s most notorious red light districts.

Thailand is “an international hub of commercial sex,” and educating girls hasn’t helped the situation, she wrote. Sanitsuda pointed out that police corruption must be tackled, and that Yingluck’s rise is sure to “boost young girls' belief that there is nothing they cannot do.”

Is Yingluck more likely to tackle women’s issues than Thaksin? Sanitsuda seems doubtful, but tells the prime minister to be: “Your time starts now.”