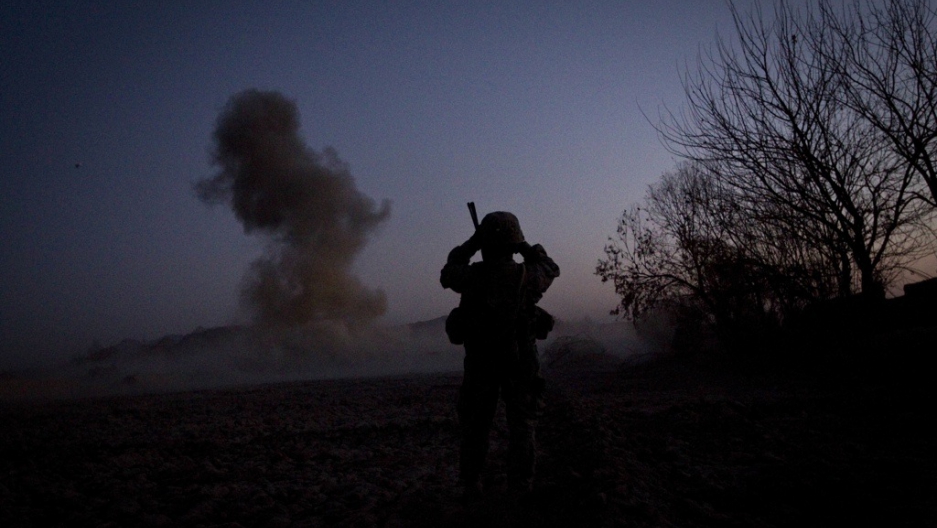 KABUL, Afghanistan — When the first Pakistani mortars landed in the farm-fields of eastern Afghanistan’s Chogam village early last month, the farmers scattered from their crops in panic.

As the shelling intensified throughout June, the residents of Chogam, in the eastern border province of Kunar, were forced to sleep behind sheltering boulders or in caves dug out of the area’s steep, craggy mountains.

When a stray Pakistani mortar killed three village girls on their way home from school on June 24, residents of Chogam and neighboring villages finally decided to flee their homes for safer ground.

Families from Chogam — as well as familes from other eastern provinces like Nangahar and Khost — are the most recent victims of a fresh round of violence on the already volatile Afghanistan-Pakistan border.

But even though Pakistan has fired more than 700 rockets and mortars into various parts of Afghanistan over the past five weeks, leaving at least 40 dead, neither the Afghan nor Pakistani governments have offered an official explanation as to why.

Equally perplexing is why Afghanistan has not retaliated. Afghan President Hamid Karzai, speaking at a press conference in Kabul on Tuesday, said he would not order Afghan troops to respond militarily.

“It’s a game. Everyone is playing a game in this country and in Pakistan,” said Saleh Mohammed Saleh, an Afghan member of parliament from Kunar.

“There are some things which I cannot disclose about the mortars and why they are being fired, but NATO knows it and the Afghan government knows it,” Saleh said. “It’s all a game.”

Pakistan has hinted that the barrage of rockets is aimed at staving off attacks from Afghanistan-based militants that launch raids against Pakistani army and police posts.

Militants have killed 55 Pakistani security forces in cross-border attacks over the past month, Pakistan says.

“The Pakistani military is retaliating against militants who attack Pakistan from Afghanistan,” said Ramiullah Yusufzai, editor-in-chief of Pakistan’s News International, a daily newspaper in Peshawar. “And who escape back over the border every time.”

Large numbers of both Afghan and Pakistani Taliban are believed to occupy parts of Kunar, having fled military operations carried out by Pakistan’s army in the Taliban’s traditional strongholds in Pakistan’s tribal border areas.

The 1,600-mile Afghanistan-Pakistan border — which was drawn up by the British in 1893 and which splits ethnic Pashtun tribes on both sides — has long been porous and difficult to enforce.

U.S. forces recently withdrew their troops from some of Kunar’s most violent areas, and the foreign coalition has so far also remained tight-lipped about the tensions simmering there.

“Afghanistan’s security should be guaranteed by the international community,” said Farooq Meranei, a former member of parliament from the eastern province of Nangarhar. Nangarhar’s border areas have also seen heavy Pakistani shelling.

“NATO is still in Afghanistan, they have to help us,” Meranei said. “Why haven’t they done anything?”

The Taliban says NATO’s silence means it’s pleased with the violence at the border. The alliance can then justify keeping troops in Afghanistan longer, one Kunar-based Taliban commander said.

“Why are both the Afghan and Pakistani governments quiet about this shelling?” Taliban commander, Mullah Qasimi, said in a phone interview. “It can only mean their big boss is telling them to keep quiet. And we all know the big boss is America.”

There are some 150,000 foreign troops now battling Taliban insurgents in Afghanistan, but Western lawmakers are eyeing the exits. Nearly all foreign troops are set to leave by the end of 2014.

Qasimi says even if Pakistan is firing rockets to quell Taliban insurgents, it has so far had no affect on him or his fighters.

“These shells, they cannot harm us,” he said. “We have our own security procedures.”

Others say the bombardment is Pakistan’s way of derailing efforts to secure a peace agreement between Afghanistan’s government and the Taliban. Pakistan has a long history of interfering in Afghan affairs, and some analysts say it’s Pakistan’s way of reminding Afghanistan of its regional and military might.

“They want to show the world that the Afghan government is weak and that it is unable to protect Afghans,” he said.

The civilians in Chogam and elsewhere who are caught in the middle, meanwhile, have little recourse but to call on their government to protect them.

“No one in the government is demanding that Pakistan answer: Why are they doing this?” said Nawab, a displaced farmer from Tagha Saparay, a village near Chogam. He fled the village with his family 10 days ago.

“Our government should help us or at least fight for us,” Nawab said. “Right now our lives have stopped.”