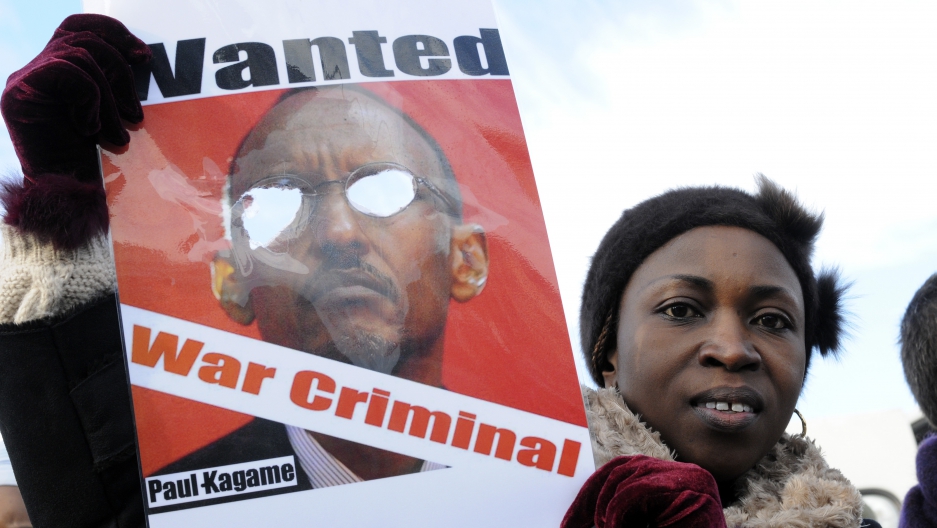 The case centers on the attempted murder of a former Rwandan military general who fled into exile in South Africa after falling out with Rwandan President Paul Kagame.

Lt. Gen. Faustin Kayumba Nyamwasa was shot in June 2010, as he returned to his home in an affluent Johannesburg suburb, in an ambush that had all the hallmarks of an assassination attempt.

One of the witnesses, a Rwandan who emigrated to South Africa in 2003, testified that the men who plotted to kill Nyamwasa were soldiers in the Rwandan army, flush with cash and cars.

Nyamwasa’s wife, Rosette, said a gunman approached their black BMW as they waited to pass through a security entrance to their gated community in the Johannesburg's Melrose Arch area. The gunman shot once through the window, hitting Nyamwasa in the stomach, and then reportedly tried to finish the job with a second shot — but the gun jammed and the shooter fled.

The story didn’t end there: South African prosecutors say the people who wanted Nyamwasa dead plotted to strangle him in his hospital bed as he recovered from the gunshot wound.

Standing trial in a Johannesburg court are three Rwandans and three Tanzanians, all of whom have pleaded not guilty to the charges. They include a former Rwandan soldier, and Nyamwasa’s chauffeur, Rwandan Richard Bachisha, who was driving the BMW at the time of the attack.

Pascal Kanyandekwe, a Rwandan businessman with a Belgian passport, has been accused of plotting to kill Nyamwasa while he was hospitalized after the shooting, and has also been charged with corruption after allegedly trying to bribe his way to freedom by offering $1 million to two police officers.

Key state witnesses in the case have received special protection from South African authorities because they fear being attacked by the Rwandan government, according to media reports here.

"The government of Rwanda doesn't have anything to hide. They're not involved in this," their lawyer Gerhard van der Merwe told the Associated Press.

Kagame and his Rwandan Patriotic Front party have been in power since the end of the 1994 genocide that killed 800,000 Tutsis and moderate Hutus, when he led a rebel army into the capital to expel a Hutu-led government. It is this history that Kagame uses to justify his continuing authoritarian rule.

In May, British police warned some Rwandan exiles living in the U.K. that their lives were in danger, and the threat is believed to have come from the Rwandan government.

In the lead-up to the presidential election last year, there were mysterious deadly grenade attacks in the capital, Kigali, and a crackdown by government on opposition politicians and journalists.

Nyamwasa, who was most recently Rwandan ambassador to India, has become an outspoken critic of Kagame, but has kept a low profile since the apparent assassination attempt last June.

Nyamwasa and Patrick Karegeya, a former intelligence chief, were blamed in the grenade attacks. Both men fled to South Africa, joining the dozens of once high-ranking exiles who have defected to neighboring countries since Kagame came to power.

“The regime in Kigali is really descending into total dictatorship and you know absolute power corrupts absolutely,” Nyamwasa told Voice of America last year. “You are not supposed to debate and if you are perceived to have a different opinion on anything, then you are an enemy. That’s what happened to me.”

In Rwanda, Nyamwasa and other former top Kagame aides have been convicted in absentia on charges that include threatening state security.

Nyamwasa, who received refugee status in South Africa in 2010, faces international war crimes charges linked to the aftermath of the Rwandan genocide —allegations he denies.

A Spanish judge in 2008 charged Nyamwasa and 39 other members of the Rwandan military with the mass killings of Hutu civilians after they seized power in Rwanda.

Rights groups have demanded that South Africa strip Nyamwasa of his refugee status because of these allegations.