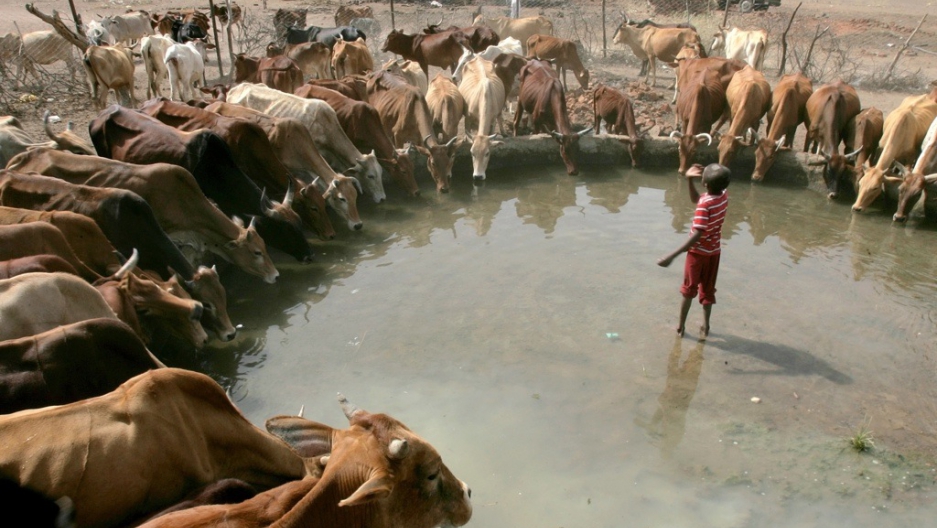 Now there are new, disturbing reports of Bashir using the Sudan Armed Forces against the civilian population in the Nuba Mountain region of Sudan's South Kordofan province.

Bashir says he has ordered an offensive in the Nuba Mountains of South Kordofan to capture Abdel Aziz Adam Al-Hilu, the leader of the main opposition group Sudan Peoples Liberation Movement. Hilu had been the deputy governor of South Kordofan province but he refused to concede defeat in elections to Bashir's candidate, charging that the voting was rigged. Bashir claims that Hilu is waging a violent campaign against the Sudan government. Bashir is ordering his troops to capture Hilu and subdue the SPLM forces.

But many accounts accuse Bashir's troops of killing civilians and trying to purge the Nuba Mountains of the Nuba people because they voted strongly in favor of independence for South Sudan in the January referendum, according to mounting evidence. There had been a peace agreement to stop fighting in South Kordofan, but Bashir's troops are not honoring the ceasefire.

Bashir has barred the United Nations and other humanitarian groups from South Kordofan, preventing full reporting of the alleged atrocities being committed.

The Satellite Sentinel Project has identified an apparent convoy of Sudan Armed Forces vehicles and towed artillery, stretching more than a mile in length. The convoy looks like an infantry unit of at least regiment size — about 1,000 troops — in Kadugli, capital of Sudan's conflict-ridden border region of South Kordofan.

The apparent convoy is pointed north, although its origin, destination and total length remain unknown.

Harvard Humanitarian Initiative's analysis of DigitalGlobe satellite imagery captured on July 4 identifies three SAF aircraft at the Kadugli airfield, including an Antonov — a Russian-built plane used by the the Sudan forces in bombing campaigns — and two Hind helicopter gunships. The presence of the helicopter gunships corroborates reports that the Sudan forces have used helicopters to hunt the Nuba people in the Nuba Mountains of South Kordofan. Also visible at the Kadugli airfield is an Ilyushin Il-76, a Russian-built cargo plane of a type used to transport heavy equipment.

"Less than a week after signing yet another agreement, the Sudanese regime appears to be ignoring its commitment, holding to form, and positioning military assets for intensified offensive operations," said Enough Project co-founder John Prendergast. "This cycle will continue to be played out with increasingly destructive results for Sudanese civilians until the international community stiffens its spine and imposes swift and severe repercussions for the endless cycle of violence the Khartoum regime continues to fuel."

The Satellite Sentinel Project also identified a recently reinforced Sudan Armed Forces installation in Kadugli. The improved fortifications and significant movement of troops, vehicles, and aircraft are occurring as fighting between the Sudan army and the Sudan People’s Liberation Army has been reported in the vicinity of Kadugli in the past week. Battles have reportedly occurred between the two forces west of Kadugli at Kahliat, southeast of Kadugli at Al Hamra, and elsewhere in the vicinity since June 30.

"The major troop movement observed by the Satellite Sentinel Project, combined with other military activity around Kadugli, underscores the persistent threat to human security in the Nuba Mountains," said Harvard Carr Center executive director Charlie Clements, MD. "Hostilities continue on both sides and heavy weapons are being brought to bear by Sudan Armed Forces throughout the area, including some cases of indiscriminate use against civilians."

The Satellite Sentinel Project combines satellite imagery analysis and field reports with Google’s Map Maker to deter the resumption of full-scale civil war between North and South Sudan. Hollywood actor George Clooney and his activist group Not On Our Watch provided seed money to launch the Satellite Sentinel Project. The Enough Project contributes field reports and policy analysis, and, together with Not On Our Watch and our Sudan Now partners, pressures policymakers by urging the public to act. Google and Trellon collaborated to design the web platform. Harvard Humanitarian Initiative provides research and leads the collection, human rights analysis, and corroboration of on-the-ground reports that contextualizes the imagery. DigitalGlobe provides satellite imagery and additional analysis.