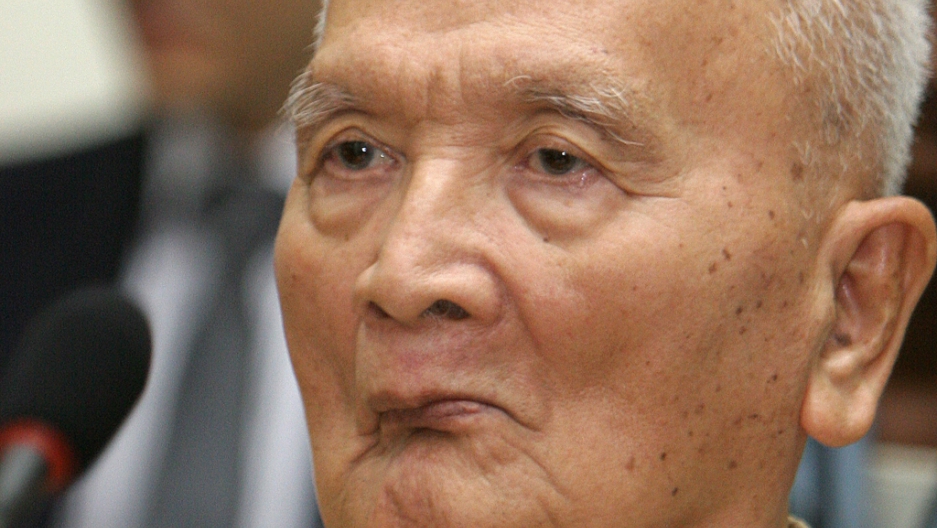 The most interesting moment in the Khmer Rouge trial so far was not when Nuon Chea walked into the courtroom Monday wearing his iconic shades and a wool ski hat.

It wasn't even moments later, when he turned around and walked out, saying he wasn't happy with the hearing.

Eighty-four-year-old Nuon Chea, like the other three elderly leaders on trial, was given the option of participating in the trial via video link from a nearby room that had a bed in it.

The most interesting moment so far in the trials was when Khieu Sampan, who was reportedly supposed to follow Nuon Chea out, changed his mind and stayed put.

In The Diplomat, he writes:

[Khieu Sampan] also said he had decided to support the tribunal and that he wanted all Cambodians to understand what went on back then. If he is true to his word, then the tribunal is off to a flying start.

Many hope the court proceedings, which are finally underway after five years and $100 million, will lead to a better understanding of the regime's behavior and the 1.7 million deaths it caused in Cambodia.

But the trials, which are split between the U.N. and Cambodia, have been plagued by infighting and there are doubts that a sense of justice will ever prevail.

A key defendant walked out. What kind of message does that send? Not a very encouraging one.

And yet, there is possibly an equally as powerful message to be taken from the fact that Khieu Sampan, the nominal head of state of the Khmer Rouge, chose to bear witness.