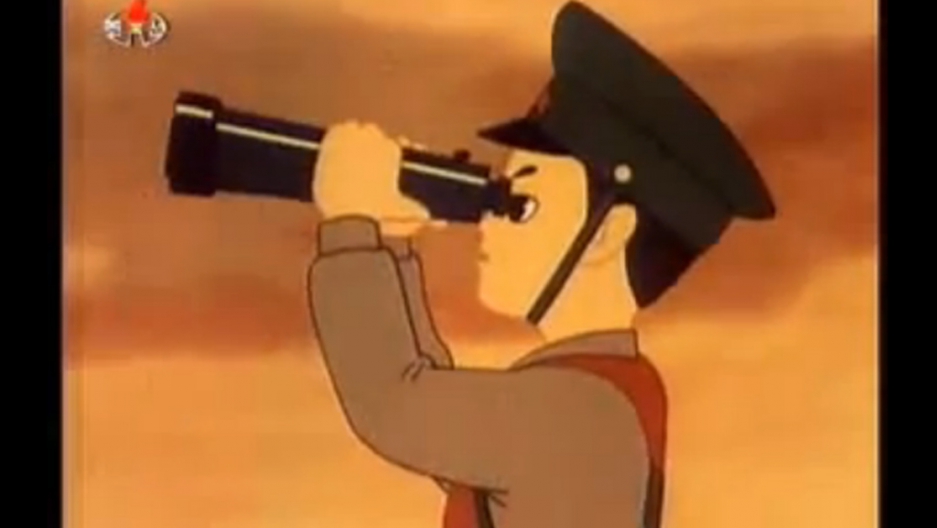 You better learn to use a protractor.

Or else you won't be able to fend off an attack by a fleet of US military tanks.

That's the message in this North Korean cartoon, "Pencil Rocket," made for the purpose of teaching kids how to use a protractor.

Rife with hostility and anti-US sentiment, this piece of propaganda may be just the thing North Korean youngsters are eating for breakfast.

(Read "North Korean kindergarten no joke," for another window onto North Korean youngsters at school.)

In the cartoon, a kid falls asleep while doing his homework. In his dream, a US fleet attacks but he can't retaliate because he can't set the angle correctly on his pencil rocket.

Marmot's Hole blog has an in-depth plot summary, though the video below speaks for itself:

The main character, Seok-Pil, is trying to catch a rabbit in the forest when a friend mocks him by saying, “All you do is draw those pig-headed American bastards in class and now here you are playing war all by yourself.” He then returns home and sits at his desk. The homework he has to do is on how to use a protractor. Seok-Pil is inciting his will to fight by drawing an American military helmet with the letters US written on it in his textbook when he suddenly falls asleep.

In his dream the US fleet is coming to attack. He and his friend try to defeat the US soldiers by firing a rocket they have made from pencils, but they continue to fail because they can’t correctly set the angle. This is because they didn’t know how to use the protractor. Finally Seok-Pil awakes after suffering the counter-attacks of the American fleet. Seok-Pil states that he “realizes that he needs to study hard in class and listen to his teachers to become a good soldier of the people.” This leads into some math practice on accurately setting the center axis when measuring angles on the protractor.

Whatever happened to North Korea?