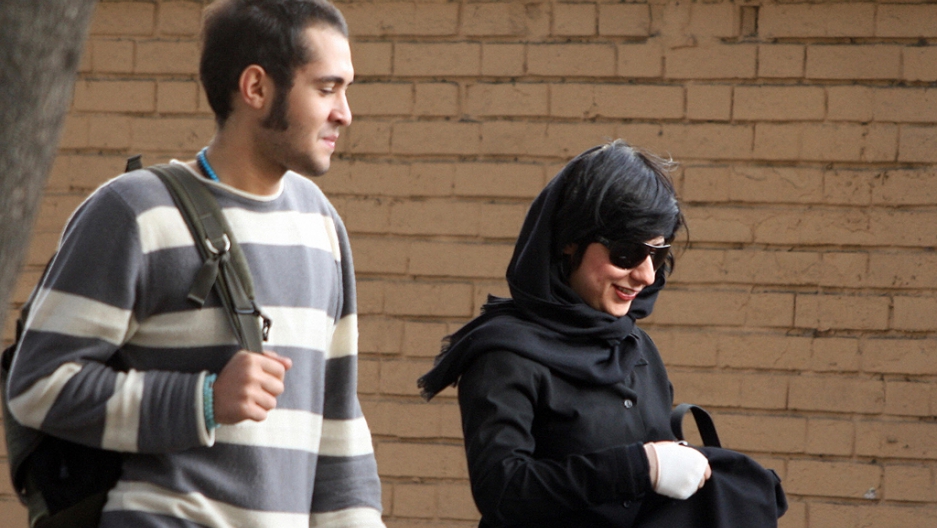 Last summer, Iranian authorities warned men in the Islamic republic that sporting a mullet haircut could result in a fine. Iran’s “morality police” reportedly deemed the mullet, among other hairdos, a sign of Western decadence.

Earlier this month, as my colleagues at GlobalPost’s News Desk reported, Iranian men were told that wearing necklaces was also banned as an “un-Islamic” fashion.

Could denim be the next style to go the way of the mullet?

Iranian men should not wear tight blue jeans because they can cause overheating and eventually lead to “infertility”, announced an Iranian analyst on state television earlier this month, according to a recent report by The National newspaper in the United Arab Emirates.

The Iranian pundit, Ali Akbar Raefipour, reportedly justified his statement to viewers by claiming that the word “jeans” is derived from “jinn”, a genie-like spirit known both in Arab mythology and Islamic scripture. Some people believe humans can become possessed by the creatures.

(Many people assume, on the other hand, that the word "jeans" is derived from "de Genes", French for "from Genoa", referring to the Italian city where much of the fabric originated.  Check out this blog for other fun facts on the history of dungarees.)

But comparing blue jeans to supernatural spirits wasn’t all that Rafiepour told viewers on state TV.

He took it a step further by comparing women's high heels to the hooves of demons. And if that wasn't enough, Raefipour said that numbers and symbols on some t-shirts can be read as “spells or satanic slogans.”

Every summer, as the heat wave starts in Iran, thousands of the country’s notorious “morality police” hit the streets to ensure that women – and increasingly men – are dressed appropriately according to Islamic values set forth by the nation's religious leaders.

Around 70,000 policemen are on “fashion duty” this summer in Iran, according to Al-Jazeera.

And Iranians are reportedly already feeling the crackdown on dress.

"I was even with my husband one time when a policewoman gave me a warning about bad hijab," Soheila, a 28-year old Tehran resident, told The Daily Beast. "I'm going to start wearing the chador [a head-to-toe cloth covering] because I'm afraid of the morality police."

No word yet on how well-coiffed Iranians are coping with the year-old mullet ban.