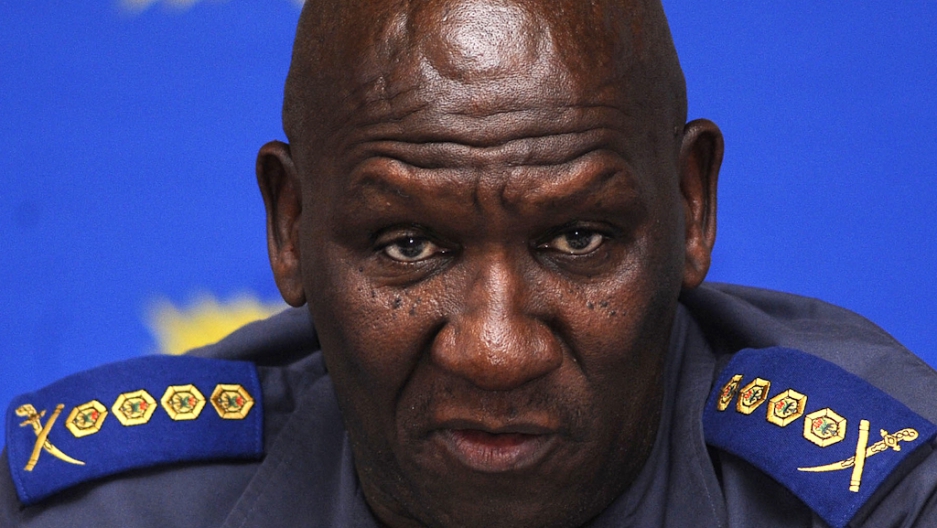 South Africa's national police commissioner Bheki Cele is one of several top cops in the country to have had his home burgled.
Credit: RODGER BOSCH
Share

JOHANNESBURG, South Africa — The police chief of the province that includes Johannesburg has become the latest top cop in South Africa to have his home burgled.

General Mzwandile Petros, police commissioner for Gauteng province — which includes the cities of Johannesburg and Pretoria — on Friday had a plasma television stolen during a break in at his home in an upscale Johannesburg neighborhood, a local radio news station reports.

The incident highlights the continuing battle to bring crime under control in South Africa’s largest city, but also raises questions about why top police and security officials continue to have their homes robbed.

In the past year, the country's national police chief and a deputy police minister have also had their homes burgled, both of which were located in the country's wealthiest neighborhoods. There have also been several recent armed robberies at police stations, including one in March at a station in Johannesburg’s Alexandra township.

But while police stations and the luxury homes of police chiefs continue to be burgled , crime levels in South Africa, including robberies, are widely reported to be on the decline.

The number of murders per 100,000 people in South Africa has dropped from 37 to 34 since 2009, according to an index compiled by the South African Institute for Race Relations.

Petros, the Gauteng police commissioner, was not at home during the break in at his residence in Johannesburg’s Bryanston neighborhood, but his wife heard the robbers and triggered an alarm, Eyewitness News reports. The intruders are believed to have climbed over a wall before breaking down the front door, and managed to steal a plasma screen TV from the police chief before fleeing.

Last year, the Durban home of national police chief Bheki Cele was burgled, and R1 million ($145,000) reportedly stolen — an incident that drew questions as to why he had such a large amount of cash in his home.

Even the former first lady of South Africa, Winnie Madikizela-Mandela, has been hit. She returned from a 2007 trip to the United States to discover that two safes from her high-security home were missing and a third had been tampered with. More than $500,000 worth of jewelry that had been kept in the safes was also gone.