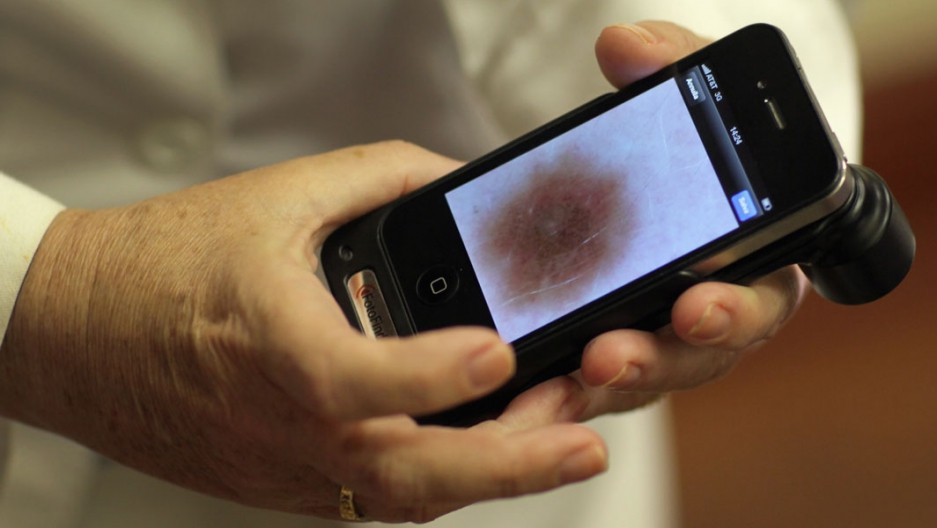 Of the 114 countries surveyed by the World Health Organization, only 19 did not use some form of mobile health technology.
Credit: Joe Raedle
Share

In 2005, an enterprising doctor in Kenya realized the potential of cell phones for his AIDS clinic in Nairobi. Dr. Richard Lester, an infectious disease specialist doing innate immunology research noticed that about 85 percent of his patients either owned or had access to a cell phone.

The result of Lester’s brainstorm was Weltel, a PEPFAR-funded SMS messaging system that checked up on patients taking antiretroviral therapy (ART).
The model was successful — in 2006, Lester and his associates tried the system out through a randomized clinical trial. Patients received a weekly one-word text message asking “Mambo?”— the Swahili word for “are you okay?”

If there was no response, clinicians responded with a follow-up phone call two days later. What Lester found was that 24 percent of the patients who received the weekly text messages reported back as having remembered to take their medication more frequently.

Mobile technology has become a common tool in global health initiatives., Earlier this month, HP announced that hundreds of their Palm Pre devices would be used in the fight against malaria in Botswana,, joining a long list of mobile health ventures worldwide.

The World Health Organization has found that only 19 of the 114 countries surveyed do not use mobile health technologies (mHealth). There are currently five billion live mobile phone subscriptions and 85 percent of the world’s population is covered by a wireless signal.

According to WHO, cell phones can be especially useful in places where access for global health workers is often limited by shoddy infrastructure such as bad roads, and lack of electricity.

The Palm Pre program allows health workers in Botswana to collect malaria data, notify the ministry of health about the outbreaks and tag the data in a GPS coordinate system. 780,000 people died from malaria-related illnesses in 2009, most of them under the age of five.

HP aren’t the only ones to jump on the mobile health technology bandwagon.

Other recent mHealth ventures include mPedigree, a program that allows health workers in Africa to check if the validity of the drugs they are using through a free text messaging system. However, only 12 percent of the countries that WHO studied reported having evaluated mHealth initiatives, and critics argue that evidence confirming mobile technology is an effective tool in global health should be built up before new ventures are launched.