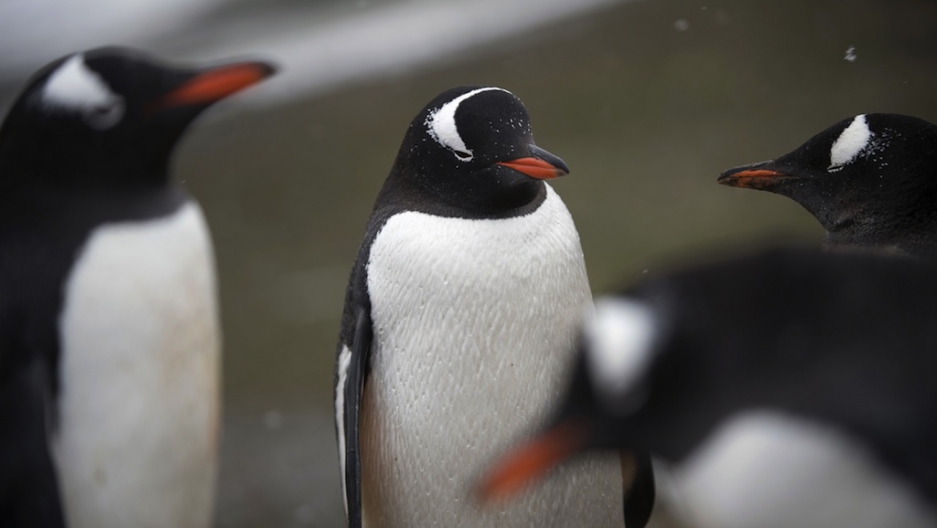 A lost penguin that ended up in New Zealand has had possible health problems and has reportedly been taken to a local zoo.

Veterinarians and conservation officials became concerned with the penguin's health after seeing it eat sand and small sticks of driftwood, the Globe and Mail reports. The penguin became lethargic, and health officials worried it would die if they did not intervene.

"It was eating sand and small sticks, it was standing up than lying down and attempting to regurgitate the sand," Department of Conservation (DOC) spokesman Peter Simpson told AFP.

"We had the vets and an expert from Massey (University) examine it and we've decided to take it to Wellington Zoo to see if we can find out what's wrong with it."

The young penguin was first spotted on New Zealand's Peka Peka Beach on Monday. Health and environment officials suspect that the penguin went looking for food in Antarctica, got lost and ended up swimming an extra 2,000 miles until it landed in New Zealand.

The penguin, estimated to be 10 months old, became an "instant hit" in New Zealand, ABC News reported. New Zealand's Department of Conservation had to focus on crowd control at the beach to keep the penguin safe from onlookers.

Colin Miskelly, a curator at Te Papa, the Museum of New Zealand, told the Globe and Mail that the penguin might mistake the sand for ice and eat it for hydration. However, he did not know why the bird would eat wood.

Miskelly said zoo experts were considering putting the penguin on an intravenous drip to nurse it back to health. They hope to then release the bird into the wild as there are no facilities in New Zealand that can house an Emperor penguin long-term.

Wildlife officials said Wednesday they will not bring the penguin back to Antarctica as it could bring infections with it, and there is no transport available.

"We are going to let nature take its course," Peter Simpson, a program manager for New Zealand's Department of Conservation, told the AP. "It roamed here naturally. What is wrong with that?"

This is the first time an Emperor penguin has been seen in New Zealand in 44 years.