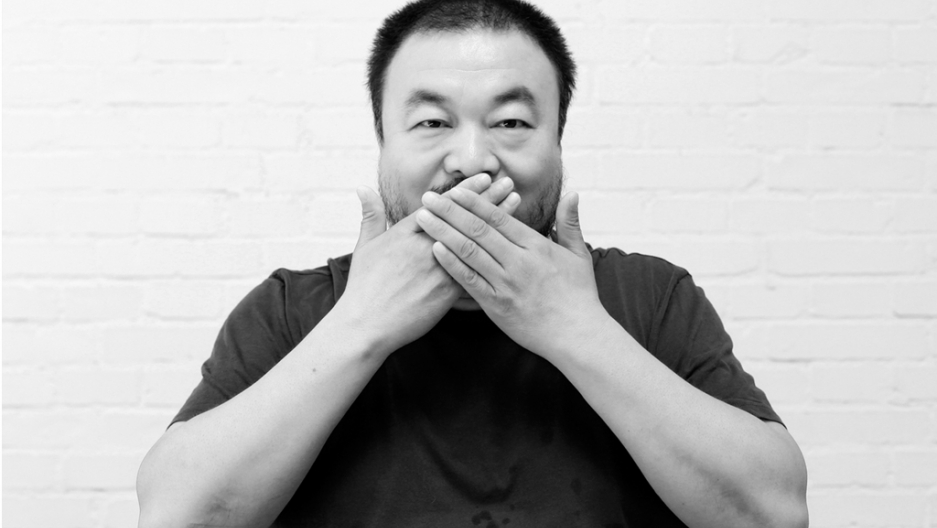 An outspoken critic of the Communist Party, Ai Weiwei was arrested on April 11 and held largely incognito. But as other regimes have found, you can't incarcerate charisma, and detaining a globally-renown artist proved to be problematic for Beijing.

On Wednesday, Chinese officials released him. While he has said little to the media so far, Klayman talked to him by phone. (Update: Reuters quotes an unidentified friend as saying that Ai is banned from talking, tweeting or traveling abroad for a year, and if he moves around Beijing he needs to report his whereabouts.)

Here's Klayman's take, in an interview edited and condensed by GlobalPost.

GlobalPost: What have you heard from Ai Weiwei?

Alison Klayman: I talked to him immediately after his release. It was surreal, that you could just call him, that suddenly his phone was on after 80 days of being kept totally out of contact.

He was definitely happy. He sounded a little bit tired. He told me he was happy to be with his mom, who was there with him. And since then, I know that he's seen family and studio assistants. He's been enjoying eating some good meals. The next day he had a haircut.

He didn't talk at all about his time in detention. Maybe one day he'll talk about that, but it doesn't seem like he's going to right now.

There has been a lot of press, and some vans outside his studio. He has occasionally opened the door to address them, but pretty much just to say "thank you" and tell them he's sorry he can't do any interviews.

According to some reports, the Chinese government has effectively slapped a gag order on him. How do you think this will affect his art and activism?

The only thing the Chinese government has officially said is that there are travel restrictions on Ai Weiwei, that he needs to apply for permission to leave Beijing, because he needs to submit himself to the on-going investigation. But even that alone will affect how he lives and works as an artist. Over the years I've spent filming him, his art has been shown most often abroad, in Europe, the U.S. and other parts of Asia, and he travels a lot to prepare and install shows. He may not be able to do that.

In terms of other kinds of limitations on his creative expression, that's something we're all waiting to see about. So far, it seems that the detention has affected his ability to express himself. He has not gone onto Twitter, which is something he's always proudly done, for six to sixteen hours a day. Still, people texting him have been posting his responses on Twitter — just one-liners like, "Thanks, Ha!" But even that has made everyone so happy.

What has he done in the past when the government has tried to silence or intimidate him?

In the past, when they tried to intimidate him, he has always had a playful response.

For example, when they put surveillance cameras outside his studio, he incorporated them into his art. He took photos of them and sent them out on Twitter. He made marble surveillance camera sculptures that have been displayed over the past few months at galleries and art fairs around the world.

His art emphasizes transparency. When something is meant to be in the shadows, he always makes it very public. But now, he's facing a different kind of situation than he's ever been in. One would imagine that there would be repercussions to openly talking about or writing about things right now. Of course, it's just the first few days, and we're all waiting to see what happens. It's also important to remember that three of his associates are still being held.

Who's still being held?

His friend, independent online citizen journalist Wen Tao, who was arrested the same day as Ai Weiwei, as well as his accountant [Hu Mingfen] and one of his colleagues at his company, Beijing Fake Design, [Liu Zhenggang].

His cousin, who is also his driver, Zhang Jin Song was released with him.

The government accuses him of evading taxes. Why would they pressure him not to express himself if his alleged crimes are financial? Is tax evasion really what they're concerned about?

I think it's a really good indication of what they do care about. Why is it worth holding someone completely out of contact for 80 days if the issue is taxes? And they never formally charged him in the way that Chinese law dictates. And they say there's an ongoing investigation.

Why was he released now?

We knew that when he was released there wouldn't be any forewarning. When his release was reported on Twitter, his family was contacted by various journalists and people on twitter, and they said, we're hearing from the media too. No one told us that he was on his way home.

Chinese Premier Wen Jiabao is going to Germany and the UK, where artists have been outspoken for his release. Do you think that pressured officials to release him?

That's true, but I'm sure it's a confluence of things.

How has Ai Weiwei's arrest affected his reputation around the world?

When will your documentary be ready?

We're still planning to premier at festivals this fall. Obviously the end of the documentary keeps changing, but we really welcome this latest change.

You can see more at  AiWeiweiFilm.org.

GlobalPost analysis: China versus the genius hooligan (with photos of his art).