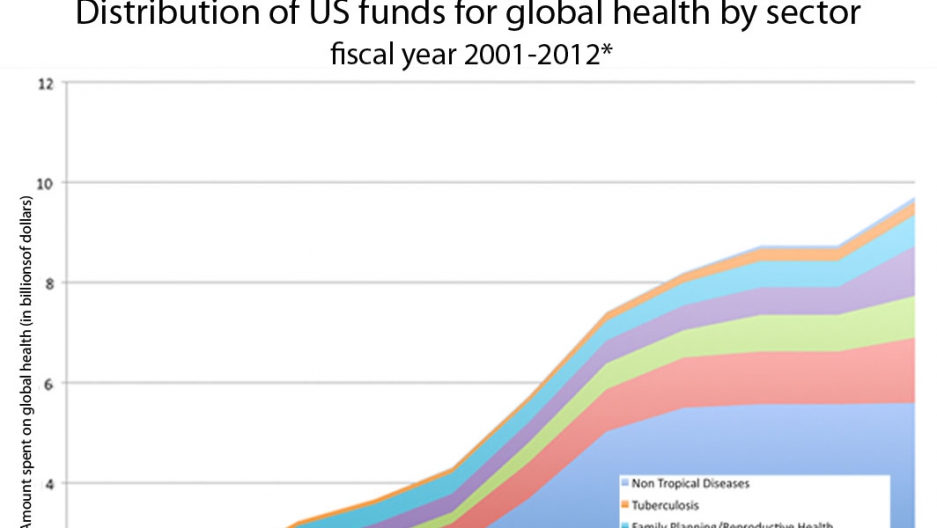 When President Obama announced the Global Health Initiative two years ago, the vision was for a $63 billion project that would take place over 6 years and integrate all U.S. global health programs to improve health systems in the developing world. However, in the last two years, Congress has approved $26.1 billion for global health, which is just 41 percent of the target amount Obama had set. For the 2012 budget, President Obama has only asked for $9.8 billion, 16 percent of the $63 billion goal.

"Here's what not to expect," said Beth Tritter, managing director at the Glover Park Group, a D.C. based communications firm. "Don't expect attainment of the GHI $63 billion target." Tritter spoke last week at a panel about the globah health budget at the Global Health Council's Global Health Conference.

Here's a breakdown of how much money the U.S. has spent on global health since 2001, broken down by the specific health sectors:

*FY 2011 is currently funded through a Continuing Resolution (CR) that provides funding at FY 2010 enacted levels. FY 2012 is President’s Budget Request to Congress.
Note: The GHI was created as an initiative in FY 2009. All prior years represent the same programs and accounts which were not yet referred to as the GHI.
Sources: Kaiser Family Foundation analysis of data from the Office of Management and Budget, Agency Congressional Budget Justifications, and Congressional Appropriations Bills.