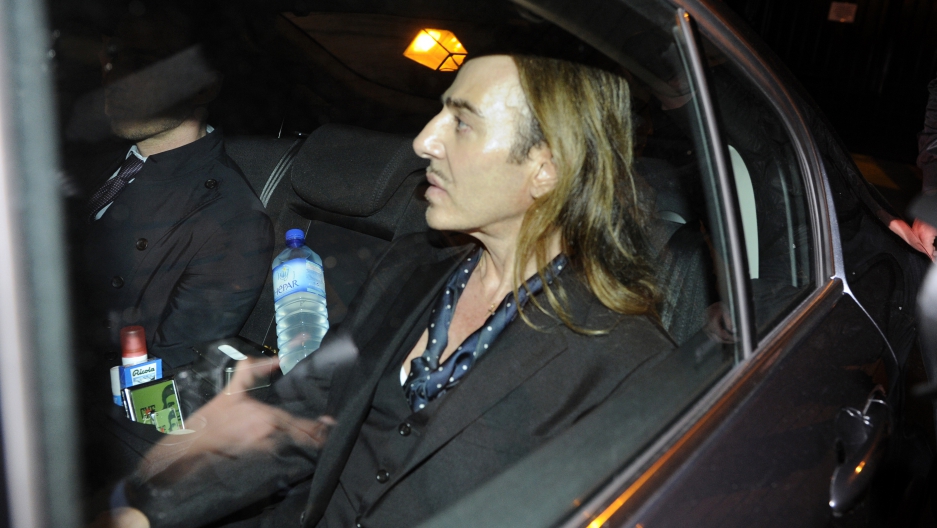 John Galliano leaves in a car after he stood trial for anti-semitic insults in Paris on June 22, 2011
Credit: Bertrand Guay
Share

The fashion designer John Galliano testified in a Paris courtroom on Wednesday that he didn't remember using any alleged anti-Semitic slurs on two separate occasions at a Paris bar because of an addiction to pills and alcohol, according to the Los Angeles Times.

Galliano apologized for an anti-Semitic rant in a separate incident that was caught on video, posted on the Internet and shown to the court, and said those were not his views, according to the Associated Press.

The trial included the undated video of the 50-year-old designer that popped up on the Internet after a complaint was filed in February, in which the designer said, "I love Hitler," and told someone that "people like you would be dead." Galliano said that he didn't recognize the person he saw on camera, the Los Angeles Times said:

"I'm apologizing because that man you see up there is not John Galliano. I have no recollection of these events," he said. "I read about them afterwards."

The charges that the outspoken British designer insulted several patrons of the La Perle bar in the trendy Marais district of Paris with anti-Semitic remarks shocked the fashion world and cost Galliano his job at the French high-fashion house of Dior, the Associated Press said.

He is accused of the crime of making insults about religion, race or ethnicity in public.

Galliano also said that the loss of his partner and his father were also reasons for stress, according to the Los Angeles Times. He testified that he himself was a victim of prejudice because he was gay.

Galliano said that he was in treatment for addictions to alcohol, sleeping pills and Valium, the New York Times reported. He said he started drinking in 2007 and became addicted to alcohol, barbiturates and sleeping pills, the Associated Press said. After being detained by police in February, Galliano said he underwent  treatment for his addictions in Arizona for two months and also in Switzerland.

"After every creative high, I would crash and the alcohol helped me," he said, adding that his creativity "helped make Dior a billion-dollar business."

A verdict in the case will be delivered on Sept. 8.