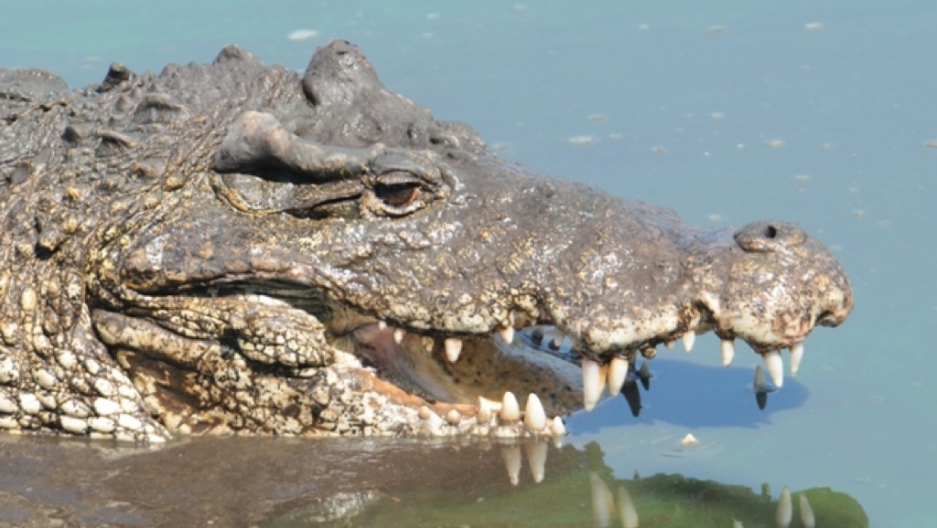 There's no doubt about it: the Cuban crocodile is a special species. It's regarded as one of the most intelligent of the world's crocs. It's known for its leaping ability, according to the Wildlife Conservation Society: By thrusting its tail into the ground, the eight foot reptile can jump up to low tree branches and gulp down small animals. While it tends to be highly aggressive, it doesn't generally attack humans.

It's also among the world's most critically endangered species. It numbers in the low thousands, concentrated mainly in the Zapata Swamp, near Cuba's Bay of Pigs.

Beginning in the mid-19th century through the 1960s, widespread hunting for their skins and meat decimated populations of this "charismatic croc," as WCS calls it. It has also suffered from habitat loss.

But scientists have just discovered that this uncommon swamp monster faces a new threat that may outrage the likes of Fidel Castro and other Cuban nationalists: it's interbreeding with the "ubiquitous" American crocodile.

That's right. According to a paper in the Journal of Experimental Zoology, after some 3 million years of evolutionary history, Cuban crocodiles are apparently so desperate for mates that they've been cavorting with American crocodiles right there on Fidel's southern coast.

The bottom line: love and sex could spell the end of the Cuban species.

Still, the saga raises the question: if Cuban and American crocs can get along so well, why can't we?