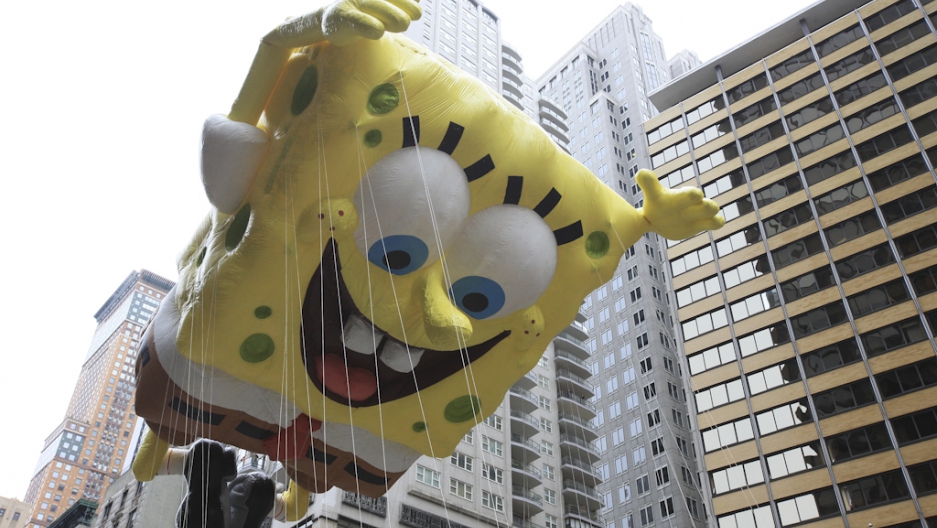 Scientists have discovered a new species of mushroom in the humid forests of Borneo — and named it after SpongeBob SquarePants, the children’s TV cartoon character, because of its sponge-like appearance.

Researchers from San Francisco State University found the fungus, which they named Spongiforma squarepantsii, during a 2010 expedition in Sarawak on Borneo, according to a scientific paper recently published in the journal Mycologia.

The SpongeBob SquarePants mushroom is shaped like a sponge and has a fruity smell. Its spore-producing area looks like a seafloor carpeted in tube sponges when viewed up close, further convincing the researchers to name it after the cartoon character, the BBC says.

"It's just like a sponge with these big hollow holes," Professor Dennis E Desjardin, a co-author of the paper, told LiveScience. "When it's wet and moist and fresh, you can wring water out of it and it will spring back to its original size. Most mushrooms don’t do that."

According to Desjardin, the editors at Mycologia at first rejected the cartoon name as “too frivolous.”

“But we insisted that although the science might be their business, we could name it whatever we liked,” he told the Scripps Howard News Service. “We need a little frivolity in this stodgy old science we love.”

SpongeBob SquarePants is an American animated TV series, popular among children, that features a character shaped like a sponge and wearing a short pair of square brown pants.

The new mushroom is one of two species that belong in the genus Spongiforma, the BBC reports. The other species is found in central Thailand, but differs in its color and odor.

"We expect that it has a wider range than these two areas," Desjardin said. "But perhaps we haven't seen it in more places because we haven't collected it yet in some of the under-explored forests of the region."