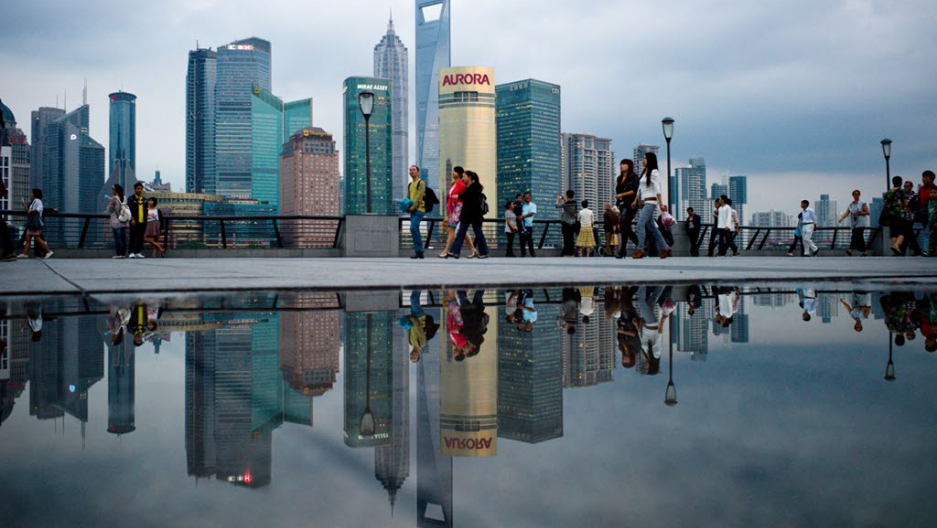 Pedestrians walk past the skyline of the city's financial district in Shanghai in October 2010.
Credit: Philippe Lopez
Share

Yet China's economy suffers from at least two major pitfalls: it's highly opaque, and lots of decisions are made based on politics rather than economics. Because of this, it's difficult to know exactly what's going on. There are some signs of trouble, however.

As GlobalPost pointed out in January 2011, China's banking market is hobbled by as much as a trillion dollars worth of "informal" loans, via loan shark lending, shadow banking and off-balance sheet transactions. Some of these loans go to desperate borrowers. Others are designed to circumvent stringent regulations from Beijing. Many originate from wealthy people and businesses looking to earn what may turn out to be a return that's too-good-to-be-true.

Given that little data is available about the borrowers, it's unclear whether this could turn out to be China's version of sub-prime fever.

Fitch Ratings is concerned enough about the situation that in April, it lowered China's AA- long-term, local-currency rating from stable to negative. It expressed concern over these informal sector loans, and over the massive size of China's 2010 lending. And it warned that "bad loans could rise to 15 to 30 percent of the total," according to a report in Bloomberg Businessweek.

While Wall Street and mainstream investors are still bullish on China's currency, today the Wall Street Journal reports that some hedge funds are betting against it, essentially as a proxy for the economy as a whole. "Contrarian investors, some with strong track records, are attracting attention with bearish trades that could pay off in a huge way if the yuan falls," write correspondents Gregory Zuckerman and Neil Shah. They point out that small, unconventional funds made a killing by foreseeing the mortgage crisis in the U.S. — although of course that doesn't mean these funds are right this time around.

The rationale for betting against China? "[The] economy is a bubble waiting to burst. Some said China is sitting on huge debts that will haunt it as real-estate prices slip further," according to investors interviewed by Zuckerman and Shah. They quote others who regard the contrarians as fools.