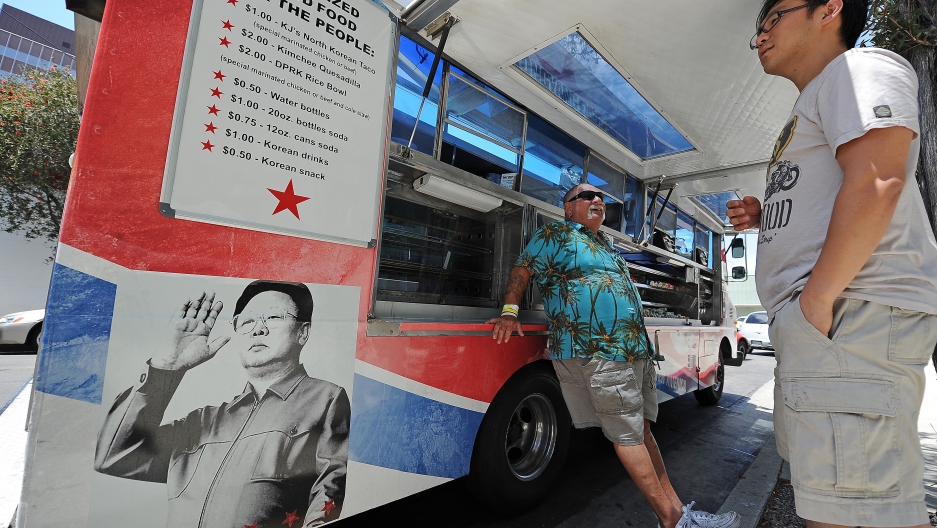 Editor's note: Read the latest news on this topic.

Just when you thought North Korea couldn't get any more disturbing.

A leaked official police document reportedly details at least one case of cannibalism.

If true, the report would validate what has been rumored in the North for quite some time: that people are so hungry they are eating other people.

According to the Korea Herald:

"The report, later obtained by South Korea's Caleb Mission, provided a rare look into the alleged cannibalism and other crimes, but it did not say whether cannibalism has become a widespread practice.

In one account, a male guard who could not bear his hunger killed his colleague using an ax, ate some of the human flesh and sold the remainder in the market by disguising it as mutton, the report said, without giving any further details such as when the alleged crime occurred."

Five of the cases, according to the International Business Times, involved cannibalism.

While there is some doubt as to the veracity of everything described in the report, its official nature leads experts to believe most of its contents can be taken as fact.

“It is a very critical resource in which we can take a peek on important changes of North Korean law and vividly depict the real life within the society.”

There can be no doubt that much of North Korea is hungry. But a recent report suggests the famine may not be widespread.

The findings of a U.S. team led by Robert King, U.S. special envoy on North Korean human rights, apparently say that there isn't a full-blown crisis, though some parts of the country are experiencing drastic shortages, according to the South Korean publication, Dong-a Ilbo.

Based on this assessment, Washington is likely to recommend that food assistance is necessary for certain regions in the North where food is in particularly short supply.

But those places in need, according to the North Korean report of cannibalism, are perhaps worse off than anyone thought.

More From The Rice Bowl: