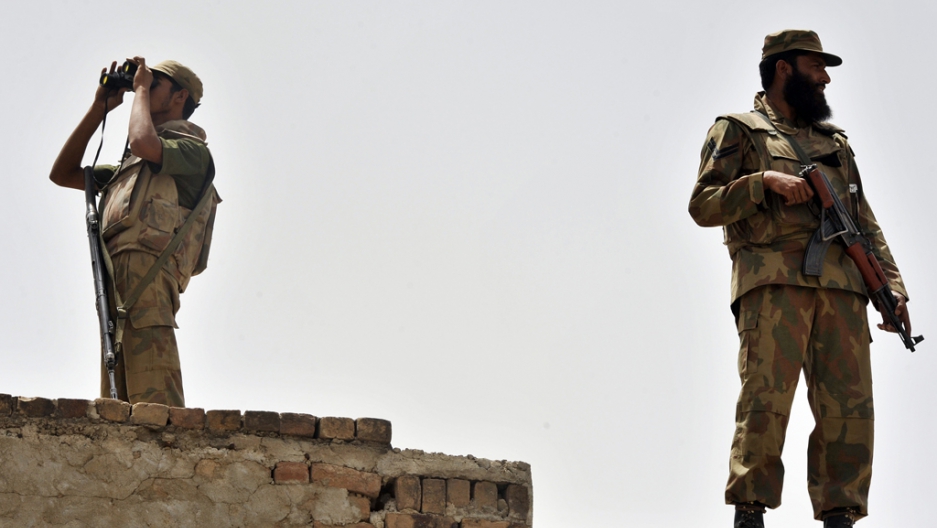 ISLAMABAD, Pakistan — Pakistani authorities arrested a senior officer in the Pakistan army for having links to outlawed militant organizations, the first such arrest in more than a decade, an army spokesman confirmed for GlobalPost.

“Brigadier Ali Khan has been taken into custody, and is being interrogated,” Maj. Gen. Ather Abbas, the army spokesman, told GlobalPost.

Khan had been working at the army's general headquarters, commonly known as GHQ, in Rawalpindi for last two years.

An Pakistan army official, speak on the condition of anonymity because he isn't allowed to speak to the press, told GlobalPost that Khan was believed to have links to Hizb-ul-Tehrir, a militant organization in Pakistan that is accused of supporting the Taliban.

Members of Khan's family told local press in Pakistan that he had gone missing on May 6, just several days after the killing of Osama bin Laden by U.S. forces outside of Islamabad.

Military authorities told the family that Khan had been detained for questioning and would be released soon. But last week he was formally arrested and General Ashfaq Pervez Kayani, the country's army chief, ordered in inquiry, the army official said.

Khan had been under surveillance before he was taken into custody, the official added.

Although Abbas said he could not release any further details because an investigation is still in process, he said the arrest demonstrated the strength of the army's internal security, which had been criticized in the aftermath of the U.S. raid on bin Laden's compound.

“The army’s internal scrutiny system is very tough, and no one is allowed to violate military rules,” he said.

Security analysts said Khan's arrest showed that the army was beginning to flush out pro-Taliban elements within its ranks.

“This, of course, has been a matter of serious concern for the army that such elements are within its ranks,” said Sahmeem-ur-Rehman, a Karachi-based political and defense analyst. “This is essential for the survival of the army itself, and the army leadership is fully aware of this fact. That’s why it is actively pursuing such elements.”

Army officials said that Khan is being interrogated in connection with an attack on army headquarters in 2009 and a more recent attack on a naval air base in Karachi that left at least 16 dead, including 10 soldiers, and raised serious concerns about the country's security.

The army came under heavy criticism after that attack when press reports suggested the attackers were assisted from some elements within Pakistan navy.