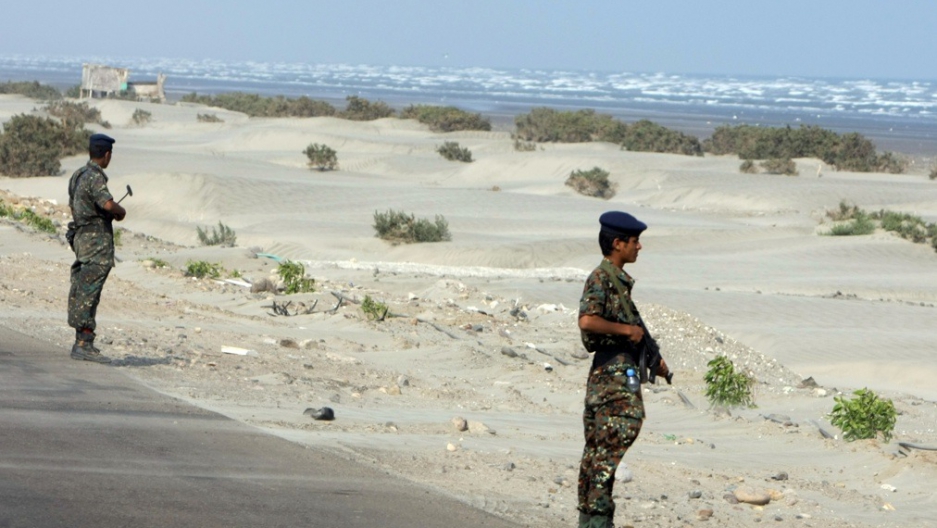 Yemeni soldiers stand guard on the side of the road at the entrance to the southern city of Abyan on Nov. 25, 2010.
Credit: Karim Sahib
Share

The humanitarian crisis in southern Yemen is worsening as more than 45,000 people have been displaced by fighting between the Yemeni army and Al Qaeda militants, a U.N. official said today, speaking to reporters in Geneva.

Al Qaeda gunmen first siezed the coastal city of Zinjibar, the capital of southern Abyan province, at the end of May and have been capitalizing on a power vacuum that has gripped the country since June 4, when an attack on President Ali Abdullah Saleh forced him to leave the country to seek medical treatment. A military official told AFP that more than 100 soldiers have so far been killed in the fighting.

Some analysts say that Al Qaeda has sought to take advantage of the unrest between Saleh's government and its opponents in order to seize territory. Others, however, have argued that Saleh purposely handed Zinjibar over to the militants in order to reinforce his claim that an end to his three-decade rule would embolden Al Qaeda, a claim that has drawn the attention of the United States.

The Saleh administration has been an important ally of the United States in the war on terror and has so far escaped some of the condemnations that President Barack Obama has leveled at other regional leaders who have responded violently to peaceful protest movements.

"Bodies have been left in the streets for weeks, rotting, and dogs have begun eating the corpses,” Col. Qasim Muhammad Hadi, a Yemeni military commander and head of the Zinjibar security forces, told GlobalPost on June 19, speaking from the city of Aden.

The humanitarian crisis is expected to get even worse once the United States begins its plan to increase the use of unmanned drone strikes — aimed at Al Qaeda militants — in the area.

“Previous drone strikes in Yemen have resulted in total massacres,” Abdul Ghani Al-Iryani, a Yemeni political analyst, told GlobalPost. “Drones are categorically a bad idea and in the past have hurt civilians in a disproportionate way. It is not fair to the people of Abyan for them to be exposed to this kind of additional hardship."

Col. Hadi said it was unlikely that the drone strikes would force armed militants out of the area.

“These drone strikes are worthless. We need ground forces in the area to retake the cities, Yemeni ground forces,” he said.

"OCHA is concerned about this conflict situation in southern Yemen in Abyan province," Elisabeth Byrs, a U.N. spokeswoman, told reporters in Geneva on Tuesday, accoding to the AFP. "We are concerned about the resulting displacement of people."

Byrs said there was an urgent need for more money to help residents in the area. She said the U.N. Office for the Coordination of Humanitarian Affairs had so far received about 60 percent of the $224 million it has requested for humanitarian activities in the region, adding that both food and fuel were desperately needed to help the displaced Yemenis.

A national shortage of fuel has not only contributed to the rising costs of food and water in the country, but has also hurt the ability of aid groups to deliver various services and supplies.