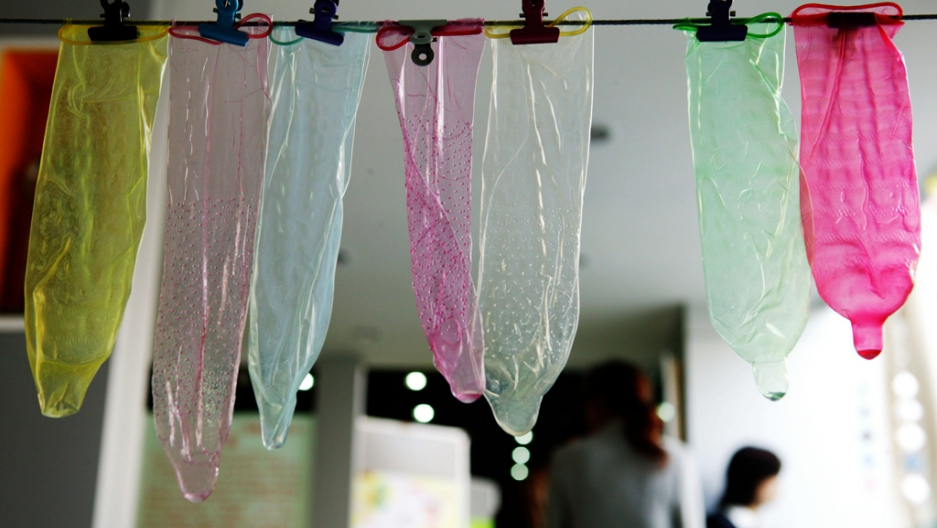 News and trade media are reporting on an erection-enhancing condom awaiting EU approval for sale on the European market.

The CSD500 condom has gel in the tip that "dilates the arteries and increases blood flow to the penis," supposedly resulting in a "firmer and bigger erection" ... Reuters reports.

According to the Pharmaceutical Business Review, the CSD500 condom — made by Britain's Futura Medical, to go on sale as part of the Durex range — "incorporates an erectogenic compound."

Futura Medical reportedly claims that in a blind study, a "majority of men and women who used CSD500 reported longer lasting sexual experience compared to a standard condom."

Futura said on its website that the CSD500 condom was for use by healthy men.

A CE mark certification mark would allow for the condom to be sold in 29 European territories and a number of other non-European countries.