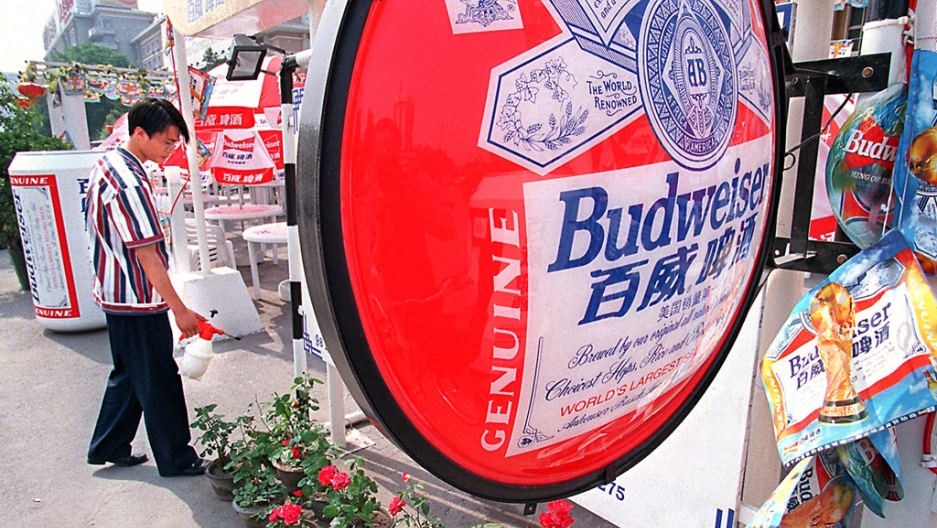 When you say Budweiser, you've said it all.

Or wait, just one more thing.

Is that a Bud? A question worth asking.

Especially since four people have been detained in Beijing's Chaoyang district for filling international beer bottles with local brews.

It's easy enough to do, one would think. Just empty the bottle and fill it with a much cheaper beer but keep the label. It is, after all, the label that sells.

One Chinese night club worker told the Chinese publication Global Times that a 500 mL bottle of Beijing Beer can be sold for under 50 cents, while a 330 mL bottle of Bud sells for up to $7.75.

"Sounds coming from behind a large cabinet drew the officers' attention. Moving the cabinet away, they found a narrow hole in the wall leading to another courtyard, where three women and a man were filling empty Heineken, Budweiser and Carlsberg bottles with local Beijing Beer," according to Global Times.

In total, officers found more than 11,800 labels for foreign liquor.

"Usually, producers will hire a bartender to adjust the local alcohol's color and taste to make fake foreign liquor," industry and commerce administration officer Guo Zunru said, adding, "This alcohol was not so bad as to kill people."

The Chinese authorities are losing their cred as scandal after scandal in the food and drug sector comes to pass.

This year officials uncovered the sale of drug-tainted pork, bean sprouts treated with a carcinogenic chemicals and stale bread treated with dye to make it seem fresh.

Meanwhile, a total of 53 officials involved in the sale of melamine-tainted milk products — which killed at least six babies and sickened 300,000 — were punished last month. Several of them received life sentences.

Elsewhere in China, police detained 52 people in a crackdown on fake drugs, including the anti-impotence pill Viagra and something only described as "man coffee."