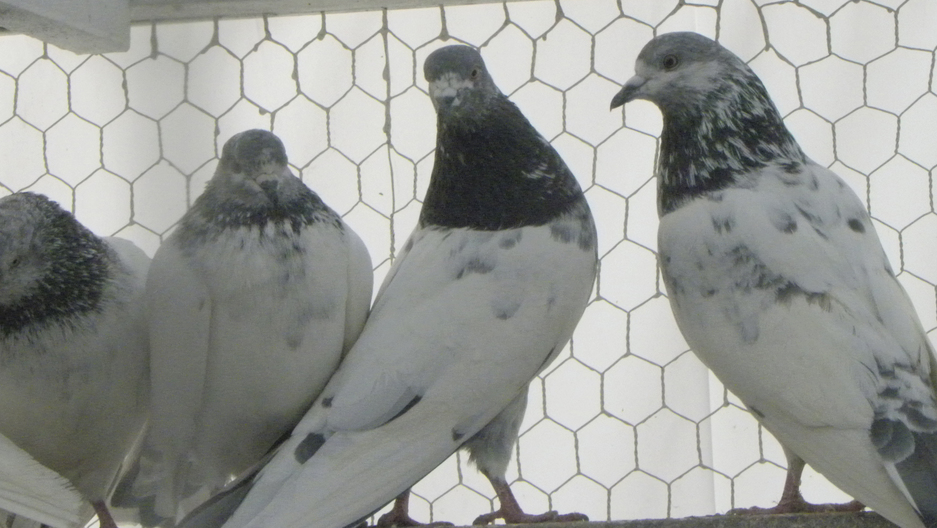 Share
By Ewa Kern-Jedrychowska Mohammad Asif cannot live without his birds. The first thing he does when he gets home from work everyday is go up to the roof to see his "babies." Asif grew up surrounded by pigeons at his home in Gujrat, Pakistan. He came to New York 25 years ago, brought over his family, and developed a successful construction business. But he missed his birds. Seven years ago he asked his brother to send him some pigeons from their family coop in the Punjab province. He got 12 pairs of Pakistani highfliers – graceful white pigeons with dark heads and tails. Asif keeps a few dozen of them on the rooftop of his house in the Midwood section of Brooklyn. Tending pigeons used to be a popular pastime in New York City in decades past, but most of the city's rooftop coops are long gone. However, the hobby is getting new from immigrants like Asif, who brought the tradition with them from home. Asif spends a few hundred dollars a month caring for his birds. It's an expensive hobby. But to Asif it's worth the price to be part of the tight-knit community of pigeon owners, many of them immigrants like him. Boris Mekhtiev, a barber from Turkmenistan, lives few blocks away. The two men met last year and bonded over their shared passion. "Almost every week, he comes to my barber shop for cup of coffee," said Mekhtiev, and they talk. "We're feeling like we grow up together." Mekhtiev said Asif gave him a present of 10 Pakistani highfliers. Unlike homing pigeons, these birds fly high and circle around as long as possible — up to 15 hours — before returning to the coop. "They're beautiful birds, the best birds," Mekhtiev said. "They fly so high, oh my god, you can't find him." A few miles from Asif's home, you'll find the Viola Pigeon Club in Coney Island. It's one of the few homing pigeon clubs left in Brooklyn. A heavy rain on a recent Saturday didn't keep around two dozen Viola members from gathering for a pigeon race. Back in his native Poland, Jurek Zak was a miner in Katowice, a city famous for pigeon shows. Jurek said when they went down in the mines; all they talked about was pigeons. Every other miner had them. Here in Brooklyn, it's still about pigeons. He and a friend, also from Poland, carefully regulate their birds' diet. They train them like little athletes. Zak said other pigeon owners are sometimes jealous, even angry at them. "We won a lot of races, both in the club and around the New York region, and now we have a lot of trophies," Zak said. It's a sport after all. But despite the competition the pigeon owners here share a rare bond. "To have a love for the birds is a beautiful thing," said Ben Vieni, one of the old-timers at the Viola Pigeon Club. He's seen the sport wane in popularity, and then start to come back, thanks in part to immigrant enthusiasts. "This is one sport that brings everybody together," Vieni said. Vieni came here from Italy with his parents in 1957 when he was six years old. A few years later he started tending pigeons because it was a popular thing to do at that time. For many here at the club the hobby started the same way back in their countries. But after they came to the States it became more than just a pastime. It became a way to find new friends and feel at home, again. Ewa Kern-Jedrychowska's report was produced with the help of Feet in Two Worlds, a project of the Center for New York City Affairs at the New School.