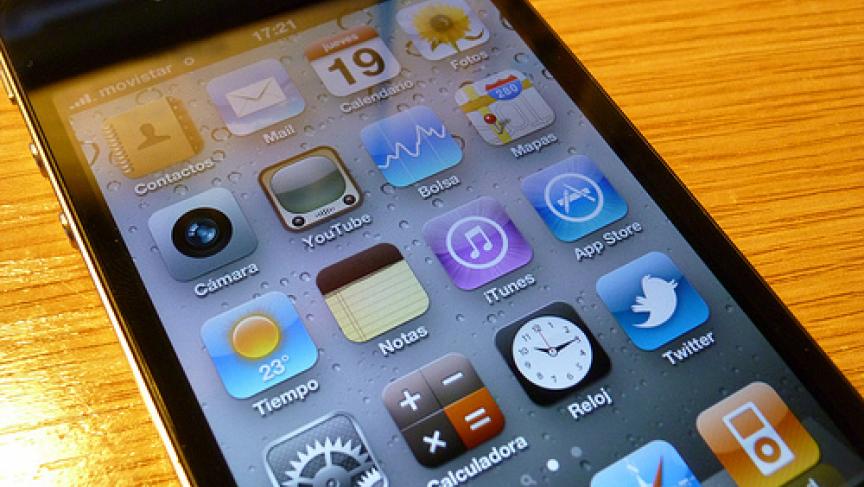 Share
We are looking for the name of the Main Street, the bustling thoroughfare, that runs right through the center of Beirut, Lebanon. Hamra Street in Beirut, Lebanon is the answer. This is where The World's Ben Gilbert came across a ship selling unlocked Apple iPhones selling for cheap. Since Apple first began selling iPhones in the US, they have been "locked," and usable only on a single network. That will now change in the US. Apple announced this week that the company will begin selling unlocked iPhones in the US. The prices for a new, factory unlocked iPhone 4 starts at $649. Americans are pretty excited by the news. But the news has in general been greeted with a collective yawn outside the US. Vatchae Guluzian is the owner of a small, but busy cell phone shop on Hamra Street, Beirut's most-famous shopping street. "In Lebanon we don't care about this. In Lebanon we have this from three years or four years," he said. As have other countries around the world. In France, Apple was forced by law to sell unlocked iPhones in 2007. Perhaps that's where Guluzian got the two unlocked iPhones that sit on a shelf behind him. He sells up to a half dozen a week; so he said Apple's big announcement won't put a dent in his business. "Maybe the phone [that] will now cost will be less than $700. This is the only problem. All the people know the phone is expensive. So factory unlocked from the US, maybe everyone in Lebanon can now use it. " He said that may mean that he may sell more — and make more profit. But other shops were pretty happy with the locked iPhones. They made money unlocking them. Lebanese living and working all over the world often bring home locked iPhones from Europe or the US that need to be unlocked so they could work on the local network — at 20 bucks a pop. Shop owner Rayyan Khoury said he does this about 100 times a month. "It's a very nice business," he said. Khoury has a lot of return business from iPhone owners who mistakenly update their phone's software through Apple— which automatically relocks the phone. So the new sale of US unlocked phones may put a crimp in his business. But, he said unlocking the phones only makes up about three percent of his business. So, the new phones don't pose an existential threat.