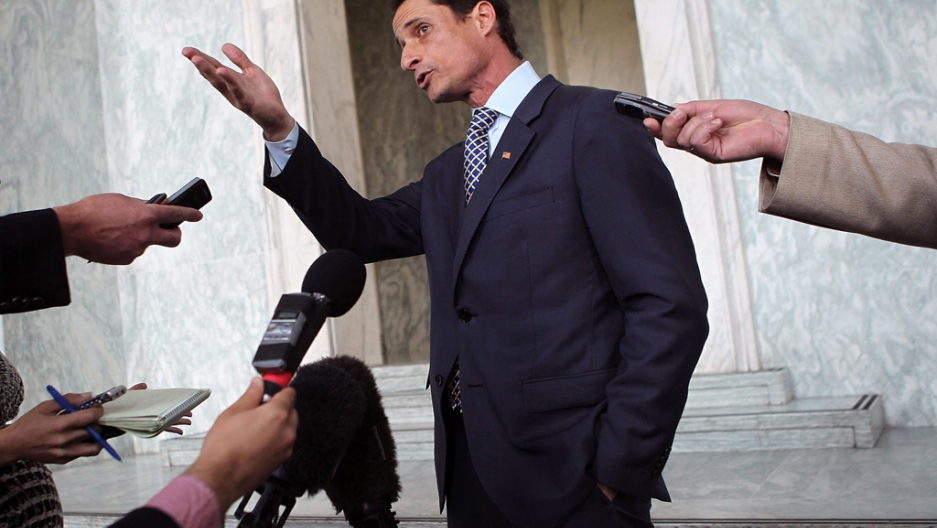 With France still reeling from the news that Dominique Strauss-Kahn — formerly one of its most esteemed politicians — faces sexual assault charges in Manhattan, congressman Anthony Weiner's recent travails have inspired the obligatory Gallic derision.

And the reaction shows that little has changed in the Parisian media.

In an article titled "The mea culpa of an American representative for his virtual infidelities," Le Monde sneered that Weiner was forced to apologize "in front of cameras for infidelities that were purely virtual, committed via a social network."

France's high-brow center-left paper told its readers, "Anthony Weiner, (whose name in English is pronounced like the sausages used in hot dogs and is also a synonym of 'penis'), who spoke Monday in a New York hotel with sobs in his voice, explained that he had indeed sent a close-up of himself in underwear, an act he described as a 'joke.'"

A commenter who identified herself as Michele Faudrin expressed empathy for the perpetrator: "He sends photos of himself in jockeys to women via twitter and that's a scandal? He's obliged to humiliate himself and resign for PECCADILLOS? The USA is losing its collective head. And during this whole time it's inundating the planet with violent films. Find the mistake."

Another commentator blamed America's mainstream media for "... letting slide, without too many questions, the wicked government manipulations that destroy tens of thousands of lives (eg, bombing Iraqi society for weapons of mass destruction), but obsessing over the little beast in the underpants (I'm not speaking of Dominique Strauss-Kahn)."

But not all of Le Monde's readers were predictable in seeing Weiner-gate as yet another example of American hypocrisy. A commenter with the moniker Henri Michel was shocked, but also delved into the nuances — and wasn't satisfied with Le Monde's coverage: "Staggering. [The Americans] have a real problem with protection of privacy. But something that's important and not clear [from Le Monde's coverage]: were the girls willing receivers of these photos?"

Another, identified as Tocqueville, eviscerates his compatriots, essentially for being knee-jerk. In a post dripping in sarcasm, he writes: "We have a lot of experts in the American psyche here. Their exhaustive studies — informed by long experience in the country — lead them to conclude that 320 million Americans conform to a unique monolithic model. 'Everything's black and white,' writes [one commentator], who spews an equally Manichean anathema about the U.S. without sensing any paradox."

Tocqueville scoffs at his compatriots, concluding: "Weiner, a jew, marries a muslim in New York's cradle of diversity and 'it's all the same' - they're all puritanical WASPS. If not that hurts your brain.'"